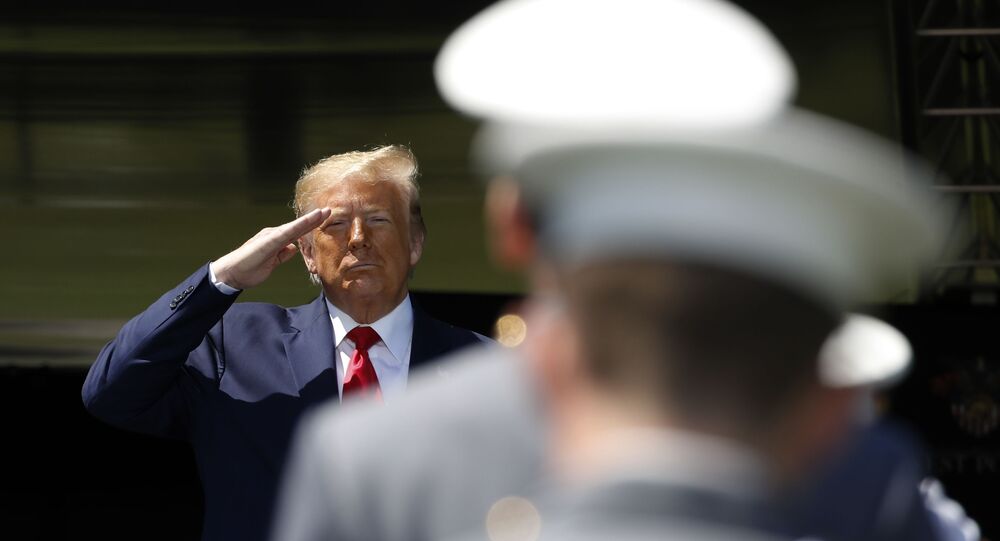 Despite many criticisms of Donald Trump's record in office, it has been marked by the absence of any support for military interventions in other countries – not something many of his Democratic opponents and critics can point to.

Former US Defence Secretary Robert Gates, who held the position from 2006 to 2011 under Presidents George W. Bush and Barack Obama, has been rather critical of Donald Trump in the past. In September 2016, he called the then-presidential candidate “stubbornly uninformed about the world and how to lead” the United States, as well as “temperamentally unsuited to lead our men and women in uniform”. However, when asked by the NBC’s host Chuck Todd on Sunday whether his opinion of the US president has changed since then, Gates said something that might have surprised the audience.

“I would say this, Chuck. First of all, unlike his three predecessors, and I write about this in the book [“Exercise of Power: American Failures, Successes, and a New Path Forward in the Post-Cold War World”], at least he hasn’t started any new wars and he has robustly funded the military”, the former defence secretary replied.

© AP Photo / Mark Zaleski
In this May 23, 2014 file photo, former Defense Secretary Robert Gates addresses the Boy Scouts of America's annual meeting, in Nashville, Tenn. As he leaves the volunteer presidency of the Boy Scouts of America, Gates said the organization is well-positioned for the future after deciding to allow gay adult leaders in its ranks. The former U.S. secretary of defense ended his two-year term Thursday, May 26, 2016

Gates acknowledged that he still did not agree with Trump’s “treatment and words about military people and military heroes like John McCain” but praised the president’s “outreach” to North Korea.

“It hasn't come to anything, but I thought that was a bold move, and everything else had failed in the previous 25 years”, the official said during the interview.

Donald Trump became the first sitting president of the United States to visit North Korea in June 2019 to hold talks on denuclearization.

But it was not only Donald Trump, who once received such a harsh assessment from the former secretary of defence, but also another potential contender in 2020 presidential election.

During the interview, the NBC host recalled Gates’s strong remarks about then-Vice President Joe Biden back in 2014. In his book “Duty” the former secretary of defence wrote that Joe Biden, despite being “a man of integrity”, “has been wrong on nearly every major foreign policy and national security issue over the past four decades”.

“I have a lot of policy disagreements, frankly, with the former vice president”, Gates now acknowledged but argued that it is the “quality of his character” that will help voters to decide whether he will be suitable to serve as America’s next commander-in-chief.

Joe Biden strongly criticised Donald Trump’s decision to withdraw troops from Syria, where a civil war broke out during Barack Obama presidency in 2011. Under Obama’s rule, several military campaigns and operations were approved, including the American-led intervention in the Syrian civil war supporting rebels opposed to President Bashar Al Assad and military involvement in Libya in March 2011.

Robert Gates, who was appointed to his post by ex-President George W. Bush, also discussed during the interview his reaction to Joint Chiefs of Staff Chairman Gen. Mark Milley’s words about “regret” for participating in Trump’s photoshoot next to St. John’s Episcopal Church Gates last week. According to Gates, Milley “really wrestled” with his response to criticisms he has received for appearing alongside the president after law enforcement units cleared the area from protesters who were demonstrating against police brutality in the wake of George Floyd death.

Gates’ new book “Exercise of Power: American Failures, Successes, and a New Path Forward in the Post-Cold War World” is due to be released on 16 June.