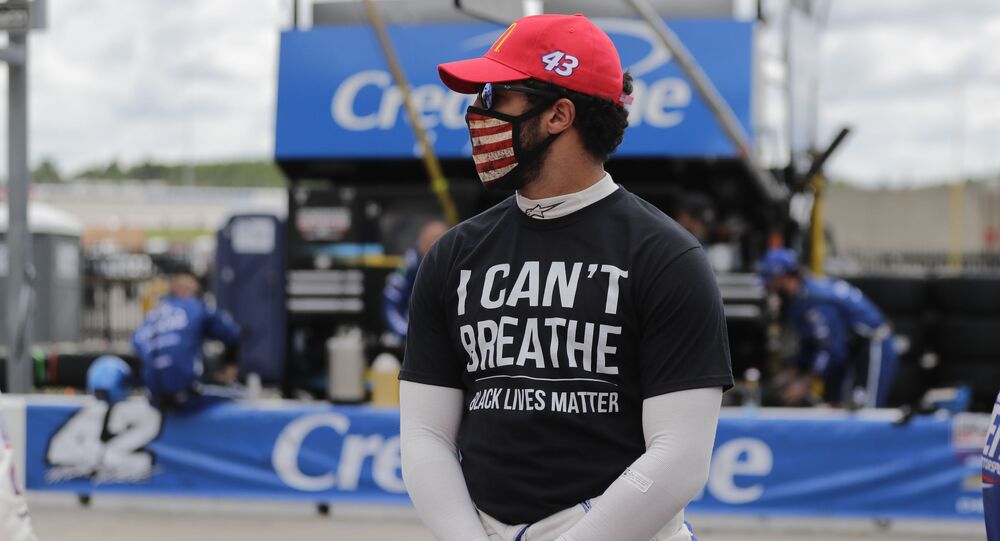 In a statement Wednesday, American auto racing company NASCAR announced that it is banning the display of Confederate flags at all of its events and properties.

"The presence of the confederate flag at NASCAR events runs contrary to our commitment to providing a welcoming and inclusive environment for all fans, our competitors and our industry. Bringing people together around a love for racing and the community that it creates is what makes our fans and sport special. The display of the confederate flag will be prohibited from all NASCAR events and properties," the statement notes.

However, NASCAR did not provide any details on how the ban would be enforced and what types of penalties may be incurred by fans who violate the new rules.

​Currently, Wallace is the only African-American competing in the NASCAR Cup Series and has become an outspoken figure over the police killing of George Floyd in May. He has called for NASCAR to ban the display of Confederate flags at events. During a pre-race ceremony in Atlanta, Georgia, on Sunday, Wallace wore a T-shirt bearing the words "I Can't Breathe/Black Lives Matter."

This is not the first time that NASCAR has considered banning the Confederate flag. In 2015, then-Chairman Brian France suggested banning Confederate flags at race tracks and was met with ire by many fans, the Associated Press reported.

The Confederate flag was flown in 11 states, namely Alabama, Arkansas, Florida, Georgia, Louisiana, Mississippi, North Carolina, South Carolina, Tennessee, Virginia and Texas, during the US Civil War when those states seceded from the US to defend slavery. Even though the Confederacy lost the war more than 150 years ago, the flag still represents division.

Concerns regarding the Confederate flag have resurfaced following Floyd's death, as protests across the globe have shed light on racial injustice and inequality.

US President Donald Trump on Wednesday said that he would "not even consider" renaming US military bases named after Confederate figures.