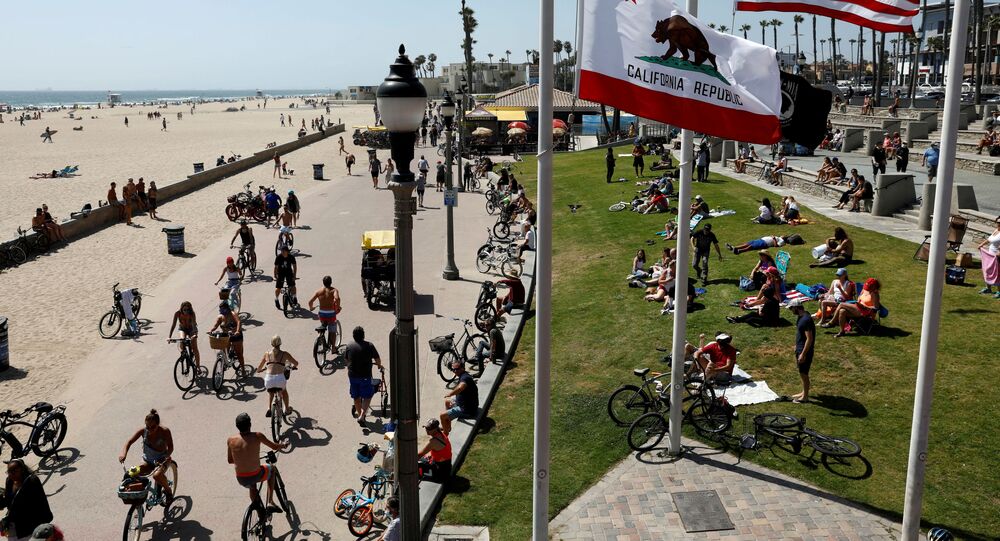 Several US states have seen an increase in COVID-19 hospitalization rates since lockdown measures have been relaxed, health care officials recently revealed.

“We're now starting to see, for example, in our Texas Medical Center, an increase in hospitalizations, particularly in ICU [intensive care unit] admissions,” Dr. Umair Shah, executive director of Harris County Public Health in Texas, told the Washington Examiner for a Tuesday article. According to Shah, hospitalization rates are a good metric to determine how well states are combating the novel coronavirus.

The Texas Department of State Health Services on Monday reported that there are more than 1,900 COVID-19 patients in hospitals in the state, greater than the 1,778 hospitalizations recorded as of May 1, when Texas Governor Greg Abbott lifted the state’s stay-at-home order.

According to Shah, numbers of COVID-19 hospitalizations have remained high in some states that have lifted lockdown measures due to a “layering of risk.”

“As all these activities are happening, you're layering on top of each other. From each of those activities’ start dates, you generally have a few weeks after that when, because of the incubation period, you start to see an increase of cases,” Shah explained.

Florida has also seen a surge in COVID-19 hospitalizations since Governor Ron DeSantis started relaxing lockdown measures in early May. The COVID Tracking Project shows that as of Friday, there were 11,066 people in Florida who were hospitalized for the virus, compared to 10,484 on June 1.

Similarly, Arizona’s Department of Health Services announced on June 1 that there were only 1,009 COVID-19 patients in the state’s hospitals. However, by Monday, that number had risen to more than 3,300. The state’s stay-at-home order expired on May 15.

“You see, on the one hand, a real interest in opening things back up. On the other hand, you don't have all the data points and metrics because they're inconsistent. And then you also have that mixing of people as you add new activities, and putting that all together is what gives you the layering of risk,” Shah explained.

The latest data by Worldometer reveals that more than 2 million cases of the novel coronavirus have been confirmed in the US, and more than 113,000 people have died as a result.

US President Donald Trump has encouraged reopening the economy, as he is eager to improve market numbers. In early May, Trump expressed that even though reopening may result in more infections, the country has to “open soon.”

The National Bureau of Economic Research announced Monday that a recession started in the US in February, months after the first COVID-19 cases began to emerge and only just weeks before the World Health Organization declared a pandemic as a result of the spreading respiratory illness.

"The unprecedented magnitude of the decline in employment and production, and its broad reach across the entire economy, warrants the designation of this episode as a recession, even if it turns out to be briefer than earlier contractions," the bureau said a report.