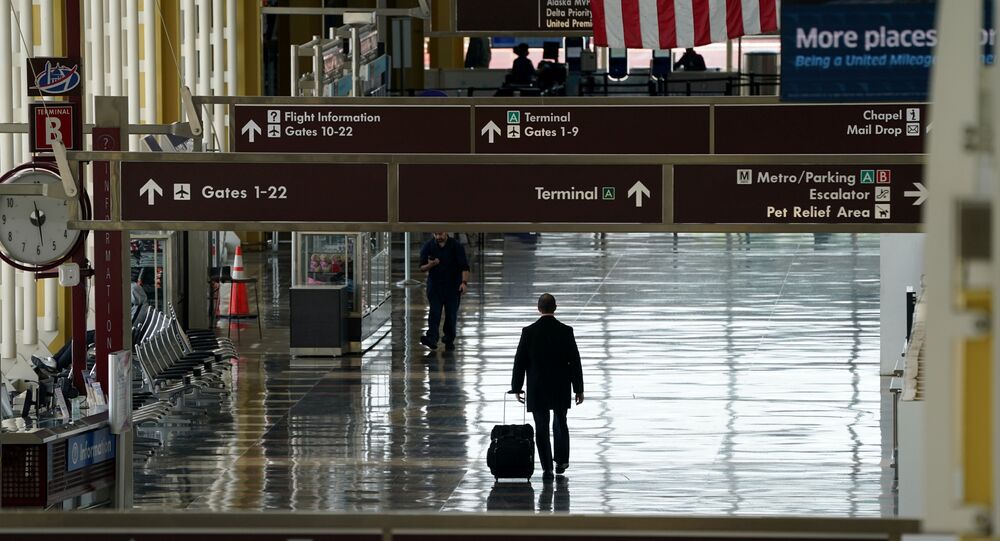 The Trump administration has repeatedly accused China of unfair trade practices, human rights violations, and encroaching on the special status of Hong Kong. China has denied the accusations and has pointed to various violations of international law on the part of the United States.

The US Transportation Department has said in a statement that it will suspend Chinese passenger carriers from flying to the United States starting on 16 June.

"Our overriding goal is not the perpetuation of this situation, but rather an improved environment wherein the carriers of both parties will be able to exercise fully their bilateral rights. Should the CAAC adjust its policies to bring about the necessary improved situation for US carriers, the Department is fully prepared to revisit the action it has announced in this order", the US Department of Transportation said.

According to the department, Beijing "remains unable" to say when it will revise its rules "to allow US carriers to reinstate scheduled passenger flights".

The move comes after the Trump administration accused Beijing on 22 May of making it "impossible for US airlines to resume service to China" and ordered four Chinese carriers to file flight schedules with the US government.

© REUTERS / David Ryder
White House Denies Reports Alleging Call For Major US Aircarriers to Suspend China Flights - Report
The US banned incoming flights from China on 2 February, just as the novel coronavirus pandemic was beginning to have a bigger impact on the United States. The administration later expanded the ban to include flights from Europe and Iran.

China was the first country to face the global pandemic. The country managed to bring the outbreak under control and has been recording only a few new cases per day, mostly imported from abroad.