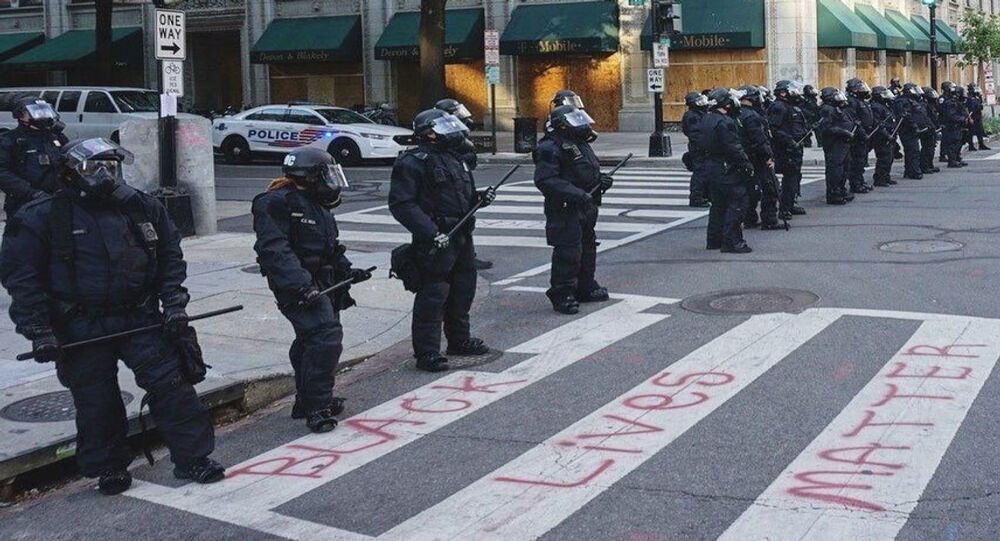 WASHINGTON (Sputnik) - Washington Mayor Muriel Bowser said Tuesday that she did not see a reason for using munitions against the crowd of protesters near the White House last night.

"From what I could see, just you all could see, I did not see any provocation that would warrant the deployment of munition, and especially of the purpose of movement of the president across the street", Bowser told reporters.

Washington Metropolitan police did not take part in the incident, its chief Peter Newsham said.

"We said repeatedly that we do not want the National Guard to be armed", he said.

On Monday, US federal police officers used rubber bullets and tear gas against protesters near the White House to clear a way for President Donald Trump to walk to a nearby church for a photo opportunity.

© Sputnik / Artur Gabdrahmanov
'Looking Me in the Eyes He Shot Me' - Sputnik Journo on Police Attack During George Floyd Protests
Nicole Roussell, a Sputnik journalist, said she was fired at by police while covering the protests near the White House despite saying repeatedly that she was a member of the press. When she said she was a journalist, the police shot off a stinger grenade, which caused "three very painful welts" on her hip and thigh.

Protests have been ongoing in Washington and numerous cities in the United States after the death of African American man George Floyd in police custody in Minneapolis, Minnesota on 25 May. The protests soon turned into riots, complete with arson, looting and clashes with police.