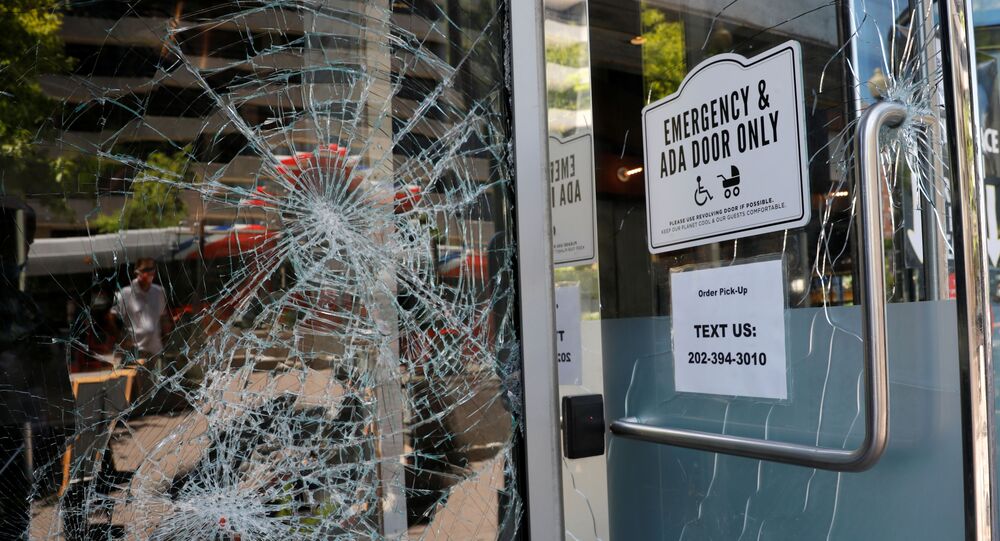 Earlier on Sunday, the US National Guard was put on heightened alert in 15 states and in Washington DC, as several of the protests sparked by the murder of George Floyd evolved into violent rioting with buildings and cars set on fire, windows smashed and violent police confrontations with protesters gathered in front of the White House.

Polk County Sheriff Grady Judd encouraged residents of the Florida community to use guns in the event of violent looting and people trying to break into their homes. During a press briefing on Monday, he outlined that "the people of Polk Country like guns, they have guns, and they're going to be in their homes tonight with their guns loaded".

“And if you try to break into their homes to steal, to set fires, I’m highly recommending they blow you back out of the house with their guns. So, leave the community alone", Judd said, according to the New York Post.

Judd promised to "hunt down and lock up" any violent rioters who "engage in any criminal conduct", as reports from a local Fox News TV affiliate suggested that rioters could bring violence to Polk County. Judd insisted that there is a difference between a protester and a rioter, and warned that the latter would be dealt with harshly.

Amid fears of rioters bringing violence to neighbourhoods, a local state of emergency and a curfew were issued in Polk County on Sunday, and extended to Monday.

The measures follow a wave of mass protests that has swamped urban areas of the United States following the murder of George Floyd in Minneapolis. Several demonstrations have been held under slogans including "Black Lives Matter" and "Justice for George Floyd", but some have evolved into violent riots, resulting in cars being set on fire, looting of retail shops and other destruction in several US cities.

The police officer who killed Floyd has been arrested and charged with third-degree murder, while his three counterparts were fired. On Monday, the official autopsy results confirmed that Floyd's death was an asphyxia homicide, disproving a preliminary examination that claimed "no physical findings" were found to support asphyxia or strangulation.