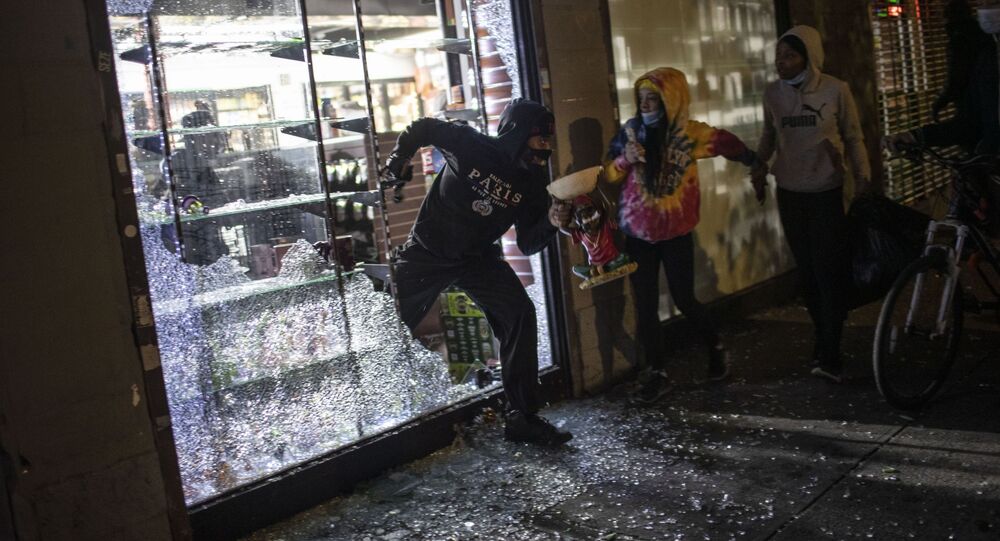 Demonstrators across the United States have been protesting against police brutality and racism since 25 May, when George Floyd, an unarmed 46-year-old African-American man, died at the hands of a white police officer in the city of Minneapolis.

Over a thousand people have been detained in the United States during riots sparked by the death of George Floyd, an unarmed African-American man who died last week in Minneapolis police custody, including 400 protesters in Los Angeles, 240 in Chicago, 350 in New York, and over 100 people in Philadelphia, according to authorities.

The riots have already left hundreds of people injured, according to reports.

A seventh consecutive night of riots in US cities is ongoing after nationwide protests over Floyd’s death following his arrest by four police officers in Minneapolis started last week. A video that went viral shows a white policeman, Derek Chauvin, pinning Floyd to the ground with his knee on his neck for nearly eight minutes. Floyd begged for air until becoming unresponsive. The man died at a local hospital shortly after.