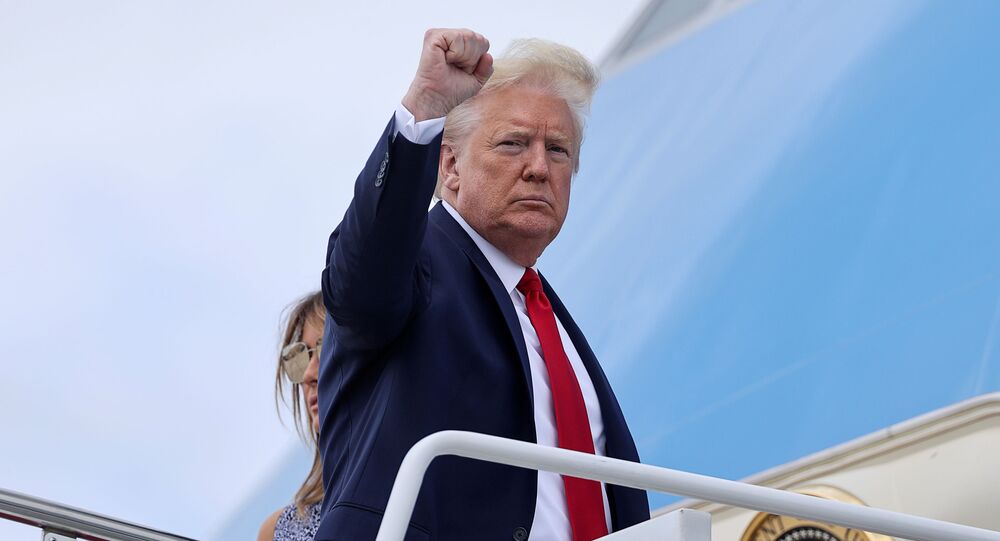 This week, Donald Trump signed an executive order that would potentially remove some legal protections currently enjoyed by social media companies such as Twitter and Facebook after the former flagged two of the president’s tweets for potentially misleading information. The American tweeter-in-chief did not seem to particularly enjoy the move.

Twitter may have just hit back at Donald Trump back by flagging his tweet on the ongoing protests in Minneapolis for allegedly “glorifying violence”.  But it's not the first time this month that the networking service has added a "health warning" to the president’s tweets, as the company previously put a disclaimer on his two posts about mail-in-ballots voting.

Shortly after this, the US president signed an executive order that could allow national regulators to fine Twitter, Facebook and other social media platforms for censoring content.

This is not Trump's first battle with the social media giants despite the fact that they enjoy widespread popularity among users, including Trump's own supporters and, of course, the president himself, with his 80.5 million Twitter followers.

Trump has long had a love-hate relationship with social media. He has repeatedly attacked the platforms despite the fact that those same platforms have done so much to boost his profile.

Here are some key points highlighting the president’s ongoing fight with the social networks: