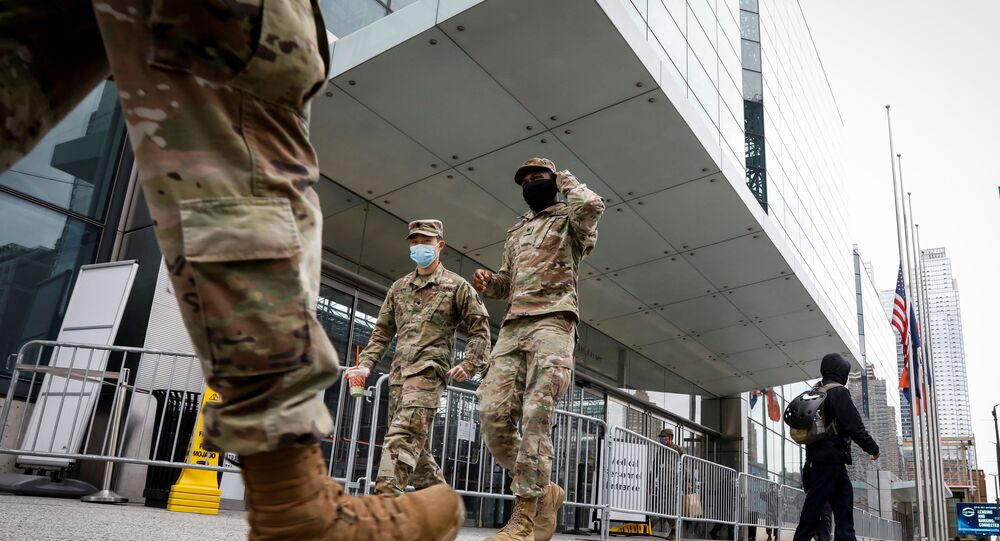 Pentagon Bracing for COVID-19 Fight in 2021, While Trump Sure Virus to Be Gone by Year-End - Report

While the White House is hoping that the pandemic will end soon and that a vaccine against the coronavirus will be developed by the end of the year, the Pentagon is apparently preparing for the worst.

The Pentagon is bracing for the prospect that the coronavirus will continue to be an issue in its operations in 2021 and that a vaccine for it will not become available until next summer, a leaked memo cited by The Hill has revealed. In line with these expectations, the US military is planning to keep a temporary moratorium on the movement of troops and ships in effect for the time being, along with taking other measures to prevent the spread of the virus, while also maintaining readiness, the media outlet added.

When asked about the alleged Pentagon memo, Defence Secretary Mark Esper didn't directly confirm its authenticity, but noted that the military is "looking at a variety of futures" in its planning, including in terms of the pandemic.

"A second wave is a possibility. I don’t think the coronavirus is going away anytime soon, at least not until we have a vaccine or a cure", Esper said.

An anonymous former Pentagon official clarified in an interview with The Hill that "the military prepare for the worst-case scenario" in their planning.

The Pentagon's estimates in the alleged memo stand in sharp contrast with the hopes raised by the White House that the pandemic will be over by the end of the year and that the emergence of a vaccine is not far away. President Donald Trump is actively advocating for reopening the economy in the coming months despite concerns that it could result in a new wave of infections as the country nears 100,000 deaths from the virus.

The stark difference in views between the administration and the Pentagon on the topic of COVID-19 is not new. When Trump in February assured that by the beginning of March the outbreak in the US would be under control, the Department of Defence was developing and distributing recommendations on how to prevent the spread of the virus in its midst, while maintaining an adequate level of combat readiness. Among the first measures that it took was to cancel all military exercises, with the exception of those where servicemen could maintain proper social distancing.

US Stock Futures Rise on Hopes of Vaccine Against Coronavirus