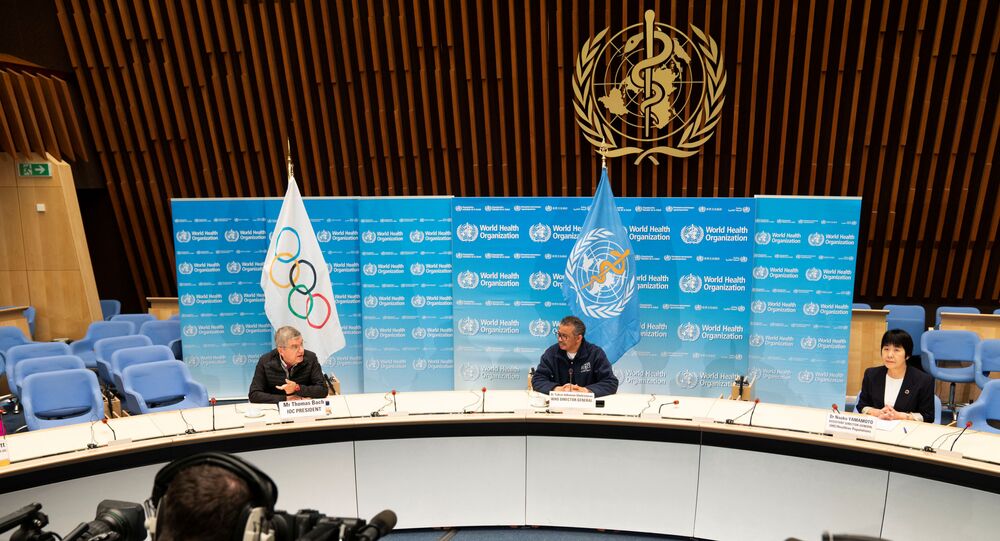 'Wrong On Their Face': WHO Official Says US Departure 'Unimaginable', Slams Trump Claims

Earlier in the week, US President Donald Trump sent a letter to the World Health Organization threatening to exit the international body and permanently suspend all funding, demanding that the agency "demonstrate independence" from Beijing.

An exit by the United States from the World Health Organization (WHO) would be "unimaginable", as the country and the agency have been "connected since the very beginning", according to the organization's assistant director-general of general management, Stewart Simonson, who outlined that the agency has "benefited from the enormous generousity of the people of the United States" and praised "the incalculable technical support" provided by the country.

“The United States, since at least 1902, has been the leader in global public health, and I cannot imagine an environment where the United States would not be in WHO and contributing to WHO as it does today", he said in a TV interview with CNN's "Fareed Zakaria GPS".

When asked about Trump's recent accusations in his letter to the agency, Simmons described them as "wrong on their face". In his letter, POTUS blamed the WHO and Beijing for concealing vital information on the effect of the COVID-19 pandemic in China and the nation's slow response, demanding that the agency "demonstrate independence from China".

“There is no conceivable reason WHO would sit on information. No interest of ours is served by doing so. Our interest is in sounding the alarm when the evidence is indicates the alarm should be sounded and that is exactly what Dr. Tedros did", Simmons said in response to allegations that WHO was "sitting" on information.

When asked if he thinks there was any "cover" from China, Simmons said that he "wouldn't prejudge the independent review" from the agency until it occurs. He also stressed that he, as a secretary, has never seen "any favouritism" toward any member state, referring to accusations made by Trump in his letter that the agency is "China-biased".

Before sending the letter in which he threatened to permanently halt financing to the agency if no "major substantive improvements" were made in "the next 30 days", Trump implemented a temporary freeze of WHO funding. The move was made after a series of accusations were made against WHO of mismanagement during the pandemic and assisting China in its "cover up" of the true threat of COVID-19.

The agency expressed their regret at Trump's action, denying the accusations and slamming them as "politicized".

China denounced the accusations, calling on the Trump administration not to politicize the pandemic and turn it to a "blame game", insisting that Beijing's data on COVID-19 has been transparent and accurate from the beginning.

Trump Threatens to Withdraw From WHO: Is Profit From COVID-19 Really the Reason?