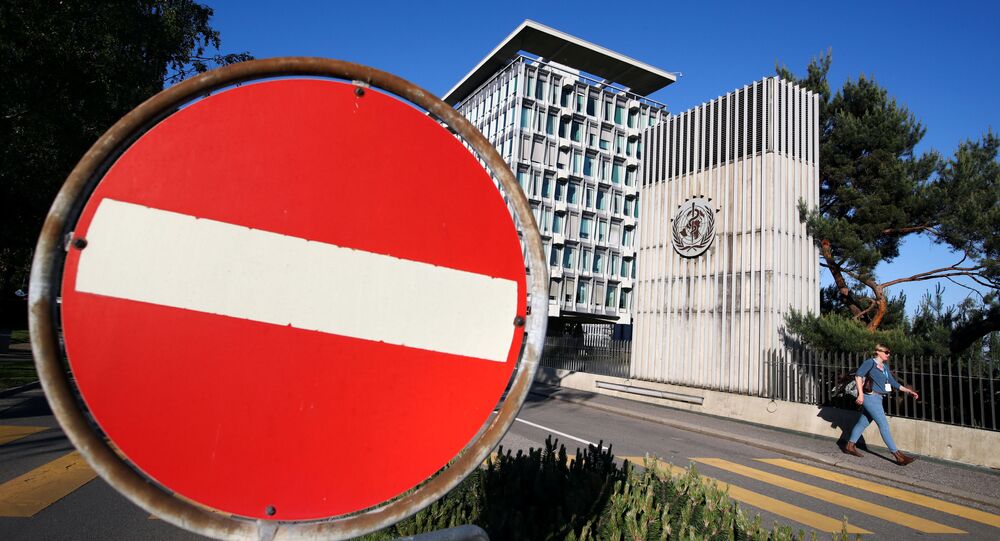 US threats to end funding to the world's top health administration were based on "serious and damaging" misinformation, harming international efforts to tackle the ongoing COVID-19 pandemic, a shocking statement from one of the UK's leading medical journals revealed.

British medical journal The Lancet issued a statement on Tuesday refuting claims from a letter US president Donald Trump sent to the World Health Organisation (WHO) on Monday.

According to President Trump's letter, the WHO had "consistently ignored credible reports" of the outbreak in early December 2019, "including reports from the Lancet medical journal".

"The World Health Organization failed to independently investigate credible reports that conflicted directly with the Chinese government’s official accounts, even those that came from sources within Wuhan itself," Trump wrote.

But the Lancet slammed the statement as "factually incorrect", adding: "The Lancet published no report in December, 2019, referring to a virus or outbreak in Wuhan or anywhere else in China".

Initial reports from the Lancet were published on 24 January this year, detailing the first 41 cases in Wuhan. All leading scientists and physicians in the study were from Chinese institutions, the Lancet said.

"They worked with us to quickly make information about this new epidemic outbreak and the disease it caused fully and freely available to an international audience," the Lancet statement read.

A second paper published the same day confirmed scientific evidence on person-to-person transmission of the novel virus, including "scientists and physicians from Hong Kong and mainland China", the statement added.

The statement concluded: "The allegations levelled against WHO in President Trump’s letter are serious and damaging to efforts to strengthen international cooperation to control this pandemic. It is essential that any review of the global response is based on a factually accurate account of what took place in December and January."

The Lancet statement comes a day after Ma Xiaowei, director for the China National Health Commission, urged countries to oppose "rumours, stigma and discrimination" and jointly help countries with weaker healthcare systems to fight the pandemic.

"Ministers, the interests of all countries are closely linked and the destiny of mankind is shared. We call for global unity and coherence, and we support the leading role of the World Health Organisation in COVID-19 prevention and control. We will surely prevail over the pandemic, so long as the international community stands together," he said in a televised statement on Monday.

The WHO's Dr Ghebreyesus echoed similar comments in an 18 May ministerial meeting urging closer cooperation with nations to tackle the pandemic.

"Only through solidarity - through working together and supporting each other - will we get through this," he said.

WHO looks forward to working closely with FPGH to promote and reinforce multilateralism and the importance of building preparedness capacity for global health security, especially through linkages with foreign policy.

"The world doesn’t need another plan, another system, another mechanism, another committee or another organization," he concluded. "It needs to strengthen, implement and finance the systems and organizations it has – including WHO."

The WHO confirmed on Tuesday it had received President Trump's "self-explanatory" letter threatening to permanently stop funding the allegedly "China-centric" organisation unless 'improvements' were made in 30 day.

© REUTERS / Andrew Harnik/POOL New
Mike Pompeo Claims US May Never Restore Funding to WHO, Could Replace With New Int'l Body
But the United States was trying to evade international obligations to the World Health Organisation and smearing Beijing to divert attention from its own incompetence, China's Foreign Ministry said on Tuesday, adding that all members were expected to pay full contributions in a timely manner to the international body.

The US government has accused Beijing and the WHO of covering up and mismanaging the 2019 coronavirus outbreak in Wuhan, without citing evidence, which the latter two have repeatedly and sharply denied.

US Tries to Use China to Shift Responsibility and Evade Int'l Obligation to WHO, Beijing Says