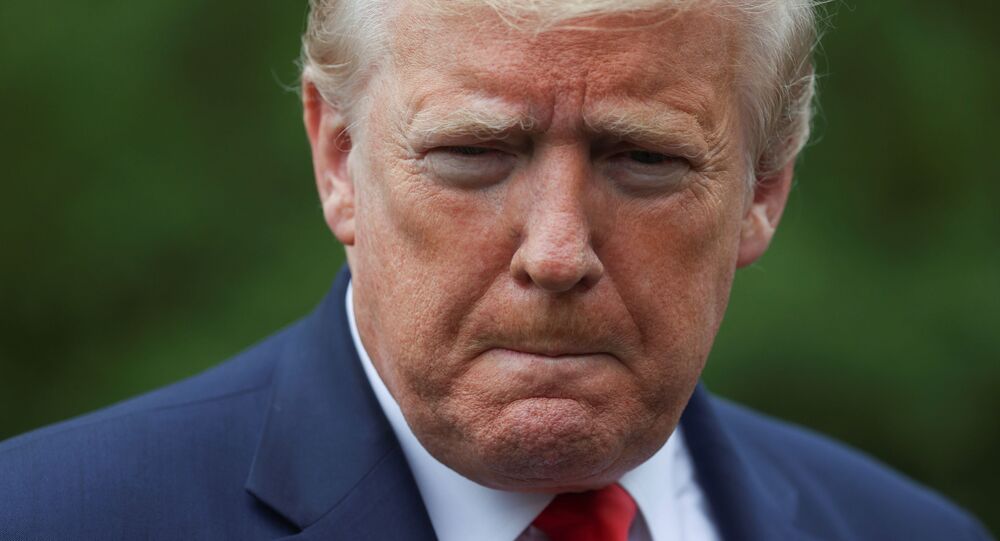 WASHINGTON (Sputnik) - Two US lawmakers on Thursday introduced legislation to prevent US President Donald Trump from withdrawing the nation from international treaties without first getting congressional approval.

In the statement, Markey said that Trump’s “reckless” withdrawal would hamper US efforts to contain the Russian military and have an adverse effect on the interests of the United States and allies for the foreseeable future.

Chris Cooper, Robert Lee Madison Distinguished Professor and Department Head, Political Science and Public Affairs, points out that tensions between the executive and legislative branches are not new in American politics —particularly in times of divided government.

"While it does lead to efficient government, our system is not designed to be efficient, but rather to be deliberative. So, the substance of the disagreement is critical, but battles over who controls the levers of power and how much leverage they can apply are as old as the Republic itself. The only way to rectify the situation would be to change the fundamental structures of government, something that seems close to impossible", Cooper says.

The Russian Foreign Ministry Department for Nonproliferation and Arms Control head, Vladimir Ermakov, said that Moscow has not yet received an official notification from Washington about its decision to leave the Open Skies Treaty. However, a withdrawal by the United States would be regrettable, he affirmed, should it happen.

The head of the Russian lower house international affairs committee, Leonid Slutsky, while commenting on US plans, highlighted that Russia has a plan to respond to a US withdrawal from the Open Skies Treaty, while arguing that such a move by Washington would be "a destructive decision that could jeopardize the military security system on the European continent".

"I am sure we will take a balanced decision in full compliance with the goals of protecting national security," he said. "US withdrawal from the Open Skies Treaty is a destructive decision that could jeopardize the military security system on the European continent. This will be yet another step by the US administration to destroy key arms control agreements following the collapse of the INF Treaty".

The Open Skies Treaty, which entered into force in 2002, establishes a program of unarmed aerial surveillance flights over the entire territory of the 34 party states.