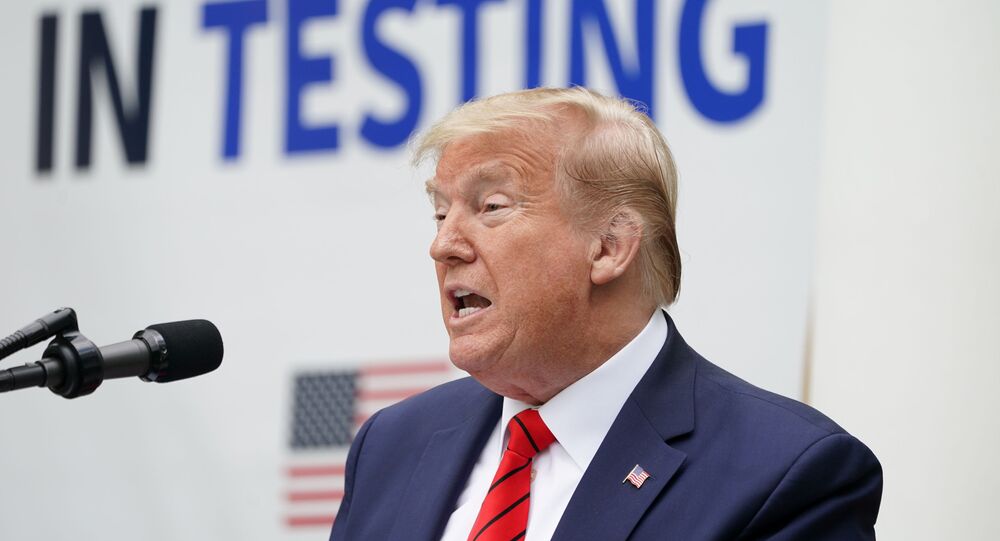 US President Donald Trump on Wednesday reiterated his support for the nation's Federal Reserve to adopt negative interest rates - a move that has been opposed by Fed Chair Jerome Powell.

While meeting with Governors Doug Burgum (R-ND) and Jared Polis (D-CO) in the White House Cabinet Room, Trump stated that he disagreed with Powell when it came to the topic of adopting negative interest rates.

Despite a history of criticism against the Fed chairman over his "bad decisions" with the central bank, Trump referred to Powell as the "MIP," or "most improved player," as he explained.

Hours earlier, the head of the Federal Reserve spoke at the Peterson Institute for International Economics in Washington, DC, and revealed that the central bank was not considering such an adjustment to the benchmark interest rate, which is currently 0.25%.

“I know there are fans of the policy, but for now it’s not something that we’re considering,” Powell noted, as reported by CNBC. “We think we have a good toolkit, and that’s the one that we will be using."

The US president also expressed his opinion on the matter via social media on Tuesday, stating that the US Federal Reserve should follow the lead of other countries.

As long as other countries are receiving the benefits of Negative Rates, the USA should also accept the “GIFT”. Big numbers!

During the Wednesday afternoon meeting, Trump also touched on a number of topics related to the ongoing COVID-19 novel coronavirus pandemic in the nation.

“I think you should absolutely open the schools," he said, asserting that he does not consider a state to be open if its schools are closed.

Trump on his call to reopen colleges: Young people are in great shape. "Now, will you have an incident, one out of a million, one out of 500,000, will something happen? Perhaps. But you know, you can be driving to school and some bad things can happen too."

At the same time, he highlighted that the opening of schools is left up to the state governments.

The US president openly expressed disapproval of House Speaker Nancy Pelosi's Health and Economic Recovery Omnibus Emergency Solutions (HEROES) Act, which was introduced this week and seeks to provide $3 trillion in support through funding for contact tracing, money for state and local governments and direct stimulus checks to the majority of American taxpayers, among other measures.

“It’s as they say DOA," he said of the HEROES Act, which is slated for an upcoming vote as soon as Friday, according to Business Insider. However, the Democrat-led bill is unlikely to pass the Republican-controlled Senate, if it advances.

'We Respond With Words': Russia Will Not Revoke NYT, FT's Accreditation Over False COVID-19 Reports