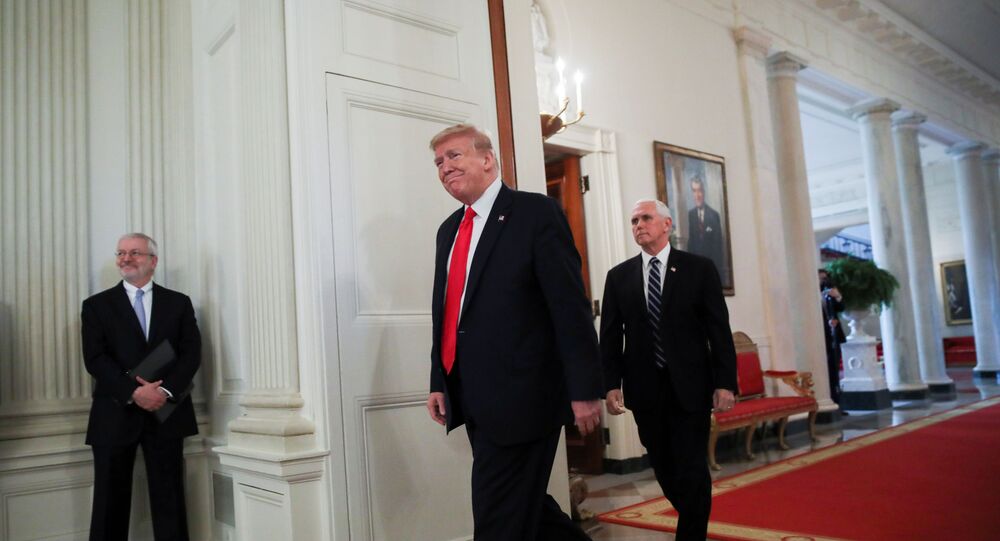 WASHINGTON (Sputnik) - President Donald Trump's near-daily coronavirus (COVID-19) briefings from the White House provide a primary source of information about the disease for 27 percent of Americans, even as nearly half of their fellow citizens turn to other news sources, a new Gallup/Knight Foundation poll revealed.

"New data from a Gallup/Knight Foundation survey shows that 27 percent of Americans consider the frequent presidential briefings about the coronavirus situation to be a 'major' source of information. Another 26 percent say they are a 'minor' source, and a 46 percent plurality of US adults report that they do not use the briefings as a source of information", a press release explaining the survey said on Wednesday.

Partisans' reliance on the briefings diverges sharply, as 64 percent of Republicans say they are a major information source, but far fewer independents (23 percent) and Democrats (5 percent) say the same, the release added.

However, Gallup refrained from any attempt to interpret the survey results, limiting the release to three paragraphs as opposed to the polling organisation's typically lengthy analyses of data.

The United States has registered more than 1,034,000 COVID-19 infections and over 60,300 fatalities from the disease, according to the Johns Hopkins Unversity count.