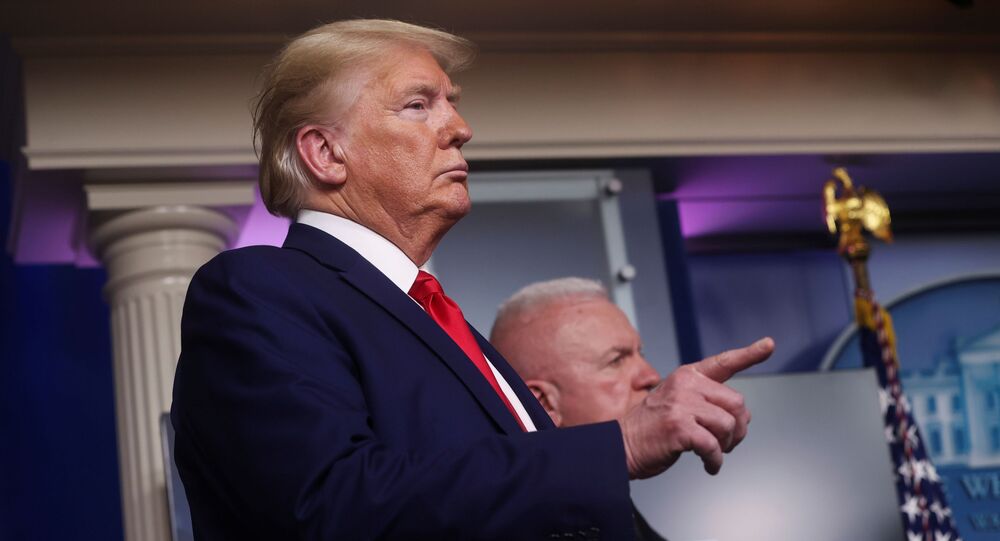 The US president's announcement takes place amid the continuing spreading of the COVID-19 virus in the US and throughout the world, with nearly 2,500,000 cases confirmed globally, and at least 170,000 deaths registered.

US President Donald Trump on Monday stated that, considering "the attack from the Invisible Enemy" that is apparently COVID-19, and "the need to protect the jobs" of American citizens, he had decided to sign an executive order to temporarily suspend immigration into the US.

The order, if signed, would become yet another move in a series aimed at slowing down the COVID-19 outbreak in the US.

The measures against COVID-19 are intensified as the coronavirus death toll in the country surpassed 42,000. The overall number of people infected is 786,968, according to Johns Hopkins University data.

Earlier, the emergency public health order issued by the US Centers for Disease Control and Prevention (CDC) banned the entry of foreigners to the country to curb the spread the coronavirus. Borders with Canada and Mexico were closed for non-essential travelling while immigration courts were closed amid pandemic, postponing hearings.

On 12 March, Trump announced that he suspended travelling from Europe to the United States, following the travel ban for China and Iran.