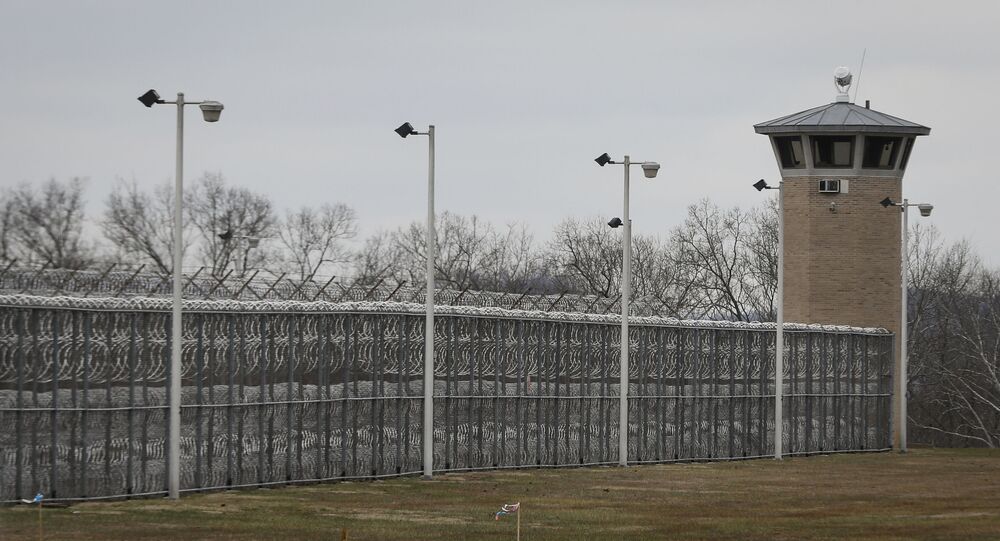 ‘They Didn’t Get a Death Sentence’: US Inmates Set for Release Put Near COVID-19 Patients – Report

As of Thursday, 283 federal inmates in the US have been diagnosed with the new coronavirus and eight have died, as federal and state prisons are expanding early release to try and slow the spread of the coronavirus in otherwise congested conditions.

The US government’s handling of the coronavirus spread in federal prisons puts the health of inmates at risk, POLITICO reports citing the accounts of convicts’ spouses.

“They’re quarantining these healthy inmates with sick inmates that are already down there,” said a woman whose husband was placed in a special housing unit at a federal prison in Cumberland, Maryland.

The unit is used to quarantine prisoners before early release for 14 days – the estimated incubation period – and it is not clear why it also housed inmates suspected of having the virus.

“It’s crazy how they’re doing this,” she reportedly said. “It’s like they’re just waiting to get this….They’re at risk of being forgotten about. They didn’t get a death sentence.”

Another woman whose spouse was sent to the same special housing unit pending early release confirmed that account. “I’m pretty sure that is not the correct protocol for quarantine,” she was quoted as saying.

Justin Long, the Bureau of Prisons spokesman, did not explain whether the agency is taking steps to separate prisoners who display COVID-19 symptoms or are presumably infected, from those set for release.

There are around 2.3 million people being held in jails, prisons and detention centres in the United States. There are over 173,000 federal inmates in the US; the rest account for state-run and private prisons.

The coronavirus pandemic has raised concerns over the health of prisoners, who are living in congregate settings where it is nearly impossible to heed the 6-feet social distancing instruction.

As of Thursday, 283 federal inmates and 125 staff have tested positive for the coronavirus nationwide and another eight inmates have died, according to figures from the Bureau of Prisons which manages federal facilities.

Last month, in response to calls from lawmakers and campaigners, Attorney General William Barr encouraged federal prisons to double down on early release programmes and move low-risk inmates to home confinement in a bid to curb the spread of the pandemic. Meanwhile, all federal inmates have been held in their cells since 1 April as part of a 14-day lockdown.

Some state and private prisons have also started to release certain prisoners home as inmates file petitions for “compassionate release”, an option typically reserved for extreme circumstances such as terminal illness.

California plans to fast-track the release of 3,500 non-violent prisoners in the next two months, and New Jersey will temporarily free up to 1,000 jail inmates.