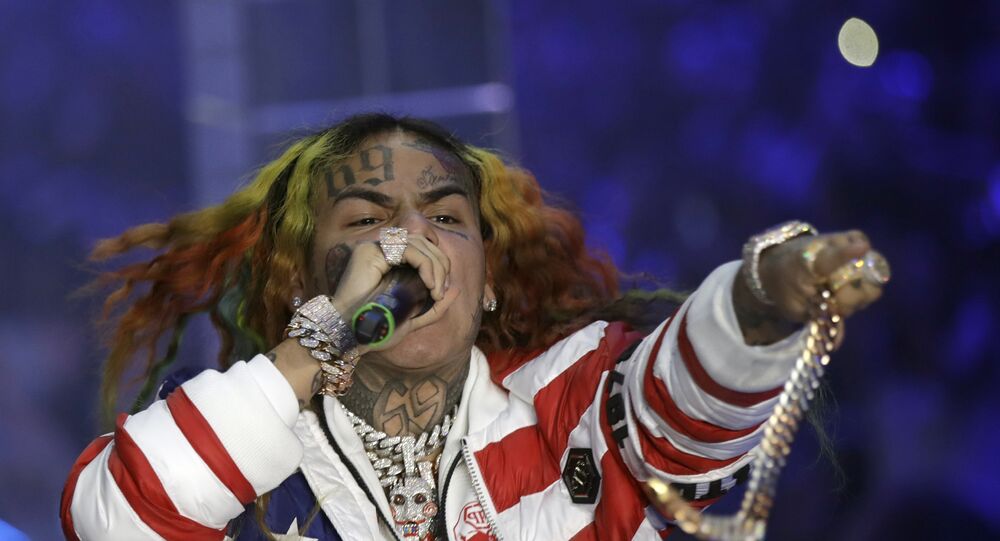 'Snitch' Tekashi 6ix9ine Released from Prison Due to Coronavirus Fears

US District Judge Paul Engelmayer, who sentenced the rapper to two years, suggested the current pandemic presented "extraordinary and compelling reasons" for a compassionate release, and Daniel Hernandez would “no longer present a meaningful danger to the community” once released.

American rapper Tekashi 6ix9ine has left prison early as part of a nationwide effort to stem the coronavirus outbreak in prisons.

The hip-hop star, real name Daniel Hernandez, doesn’t yet have the virus but is considered high risk due to suffering from asthma and previous hospital treatment for bronchitis. He is expected to complete the remaining four months of his sentence under home arrest wearing a GPS ankle monitor.

​In February 2019, the 23-year-old pleaded guilty to nine serious charges, including racketeering, carrying a firearm, assault with a dangerous weapon, and conspiracy to murder. He faced a possible mandatory sentence of 47 years in prison, but under a plea deal, in which he gave evidence against other members of the Nine Trey Gangsta Bloods gang, his spell in the slammer was reduced to just two years. He joined the gang in 2017 and left after around a year.

​Tekashi wasn’t the only ex-member to expose the internal workings and law-breaking of the Nine Trey criminal fraternity - Kristian Cruz likewise spilled the beans about armed robberies, drug dealing and extreme violence directed at rival gangs.

While witness protection once released from prison was part of Tekashi’s plea deal, in October 2019 it was reported he’d signed a new US$10 million record deal - and it appears he’s already back to his old tricks trolling social media as a free man, sharing a troll-tastic post on Instragram, in response to an article posted on the social network by tabloid news outlet The Shade Room.

The headline of the report was "Los Angeles’ Mayor Is Offering ‘Rewards’ For Snitching On Businesses Violating The City’s Stay-At-Home Order” - Tekashi commented underneath “coming to the rescue”, a reference to the vast number of people who derided him as a “snitch” for cooperating with authorities.

"So far, I haven't seen any restrictions about him not being able to go on social media. Obviously, it has to be in good taste. No more trolling,” Tekashi’s attorney Dawn Florio told Complex magazine.