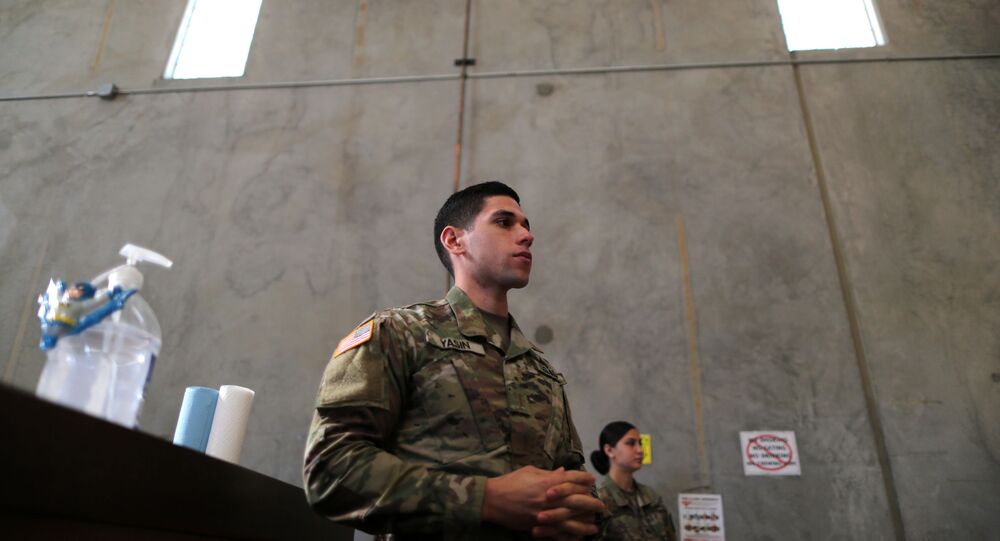 According to a defence spokesperson, the Pentagon may also stop disclosing specific information on locations where military and DoD personnel have tested positive for the novel coronavirus if it could provide adversaries with sensitive information on combat readiness.

The US army has suspended 'non-mission essential functions', according to an internal Army directive allegedly obtained by Task&Purpose.

According to the directive, the move comes as "mitigation measures taken by the Army to blunt the spread of COVID-19 have proven insufficient" as the virus rapidly spreads and "the number of infected persons continues to rise".

“Civilian capability and capacity are becoming more stressed as dense population centers continue to report higher rates of infection that are impacting major transportation hubs and supply chains. Additional measures and actions are required to protect the force from further spread of COVID-19”, the Army document reportedly said, according to Task&Purpose.

On Thursday, Gen. James McConville, Chief of Staff of the Army, while speaking with reporters, commented on troop training amid the coronavirus outbreak.

"They [troops] still need to do physical fitness, but don't do it in formation. You still need to train on our aircraft, but make sure the people that are training together, you keep the numbers small, and this is how you limit the exposure", McConville said, cited by CNN.

Earlier, Pentagon press secretary Alyssa Farah stated that the DoD may limit the amount of information it discloses about confirmed cases among its personnel because of the risk of jeopardizing "operations and/or deterrence", according to Military Times.

"If at some point in the future, a commander believes that the coronavirus could affect the readiness of our strategic deterrent or strategic response forces we would understandably protect that information from public release and falling into the hands of our adversaries ― as we expect they would do the same", Farah said, cited by Military Times.

On Wednesday, Secretary of Defence Mark Esper ordered troop movement halted for 60 days to slow the spread of the COVID-19.

A reported 280 service members had tested positive for the virus as of Thursday morning, an increase by 53 from the 227 reported on Wednesday, according to CNN.

Globally, the number of confirmed coronavirus cases is said to have eclipsed 460,000 with over 21,000 fatalities.

US Media: Military to Run Country if White House, Congress Are Incapacitated by COVID-19