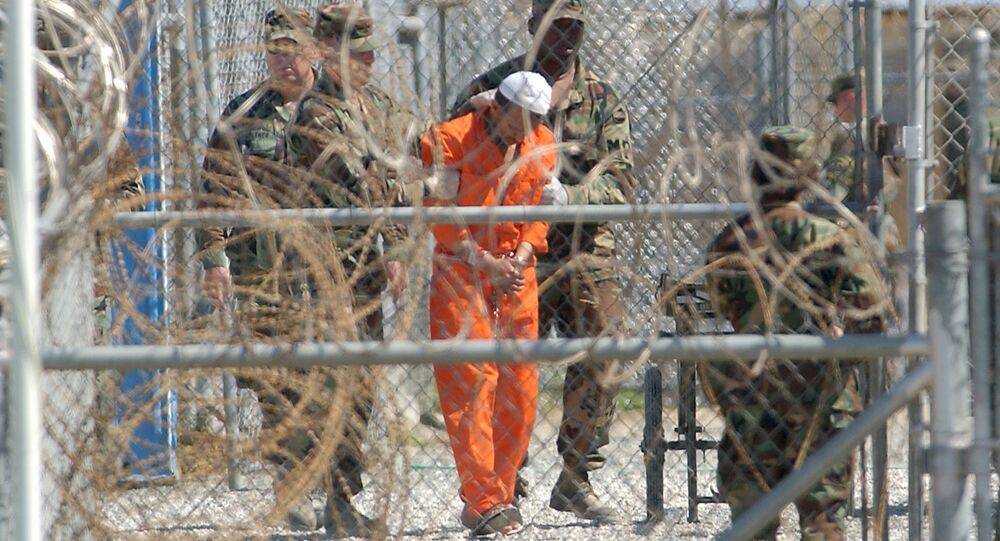 WASHINGTON (Sputnik) - The novel coronavirus (COVID-19) pandemic will slow down the legal processes of detainees at Guantanamo Bay because the measures undertaken to combat the virus will most likely cause scheduled hearings to be postponed, attorney Stephen Truitt, who represents a detainee, said.

The US Navy said on Tuesday that a sailor stationed at the Guantanamo Bay naval station has tested positive for COVID-19.

"So far as I can tell, protective measures have been taken for the entire base in light of the presence of coronavirus at the base. I believe that arrivals at the base must be isolated for 14 days," Truitt said. "Such a measure would help protect guard forces, civilian contractors and prisoners."

Truitt said he expects any isolation requirement to delay meeting with clients if imposed on visiting lawyers.

"It is also likely to slow down hearings scheduled, scheduling new hearings, telephone calls and the like. We shall have to wait and see how the new (as well as any added) requirements work out. It is too soon to tell," Truitt said.

Truitt said the last time he visited the base was in mid-November before COVID-19 had stimulated any reaction in the United States.

"So I have not directly interacted with the local base authorities," Truitt said, noting that he has visited his client at the detention center at Guantanamo bay a total of 18 times since 2005.

Truitt said his client remains detained and is not yet cleared to be released while other detainees from Yemen who were arrested with him were all cleared for release and released, prior to the current Trump administration.

Truitt stressed that his client has never been charged with any crime, much less tried or convicted, and the prosecution has declared that it does not intend to bring charges against him.

Truitt pointed out that his client actively participated in his latest PRB Review proceeding in November 2019 and is now awaiting a decision.

"No further review has yet been set," he said.

Truitt also said that there has never been an allegation that his client - an electrician from the city of Aden - has harmed, or attempted to harm, any American.

The attorney said there is a possibility his client could be transferred to another country because of the ongoing war in Yemen and because he has close family in Bahrain and Saudi Arabia.

Truitt noted that some 40 prisoners remain in the Guantanamo prison, 24 of whom are considered "low value."

Former US President George W. Bush opened the Guantanamo Bay detention center in 2002 amid the Global War on Terror. Since, Guantanamo has housed more than 700 prisoners.

The facility has long been criticized for the mistreatment and abuse of its detainees, prompting many to call on US authorities to close it down. It has housed suspected terrorists from Afghanistan, Iraq, Saudi Arabia, Yemen, and other countries since 2002, many of them without being charged.