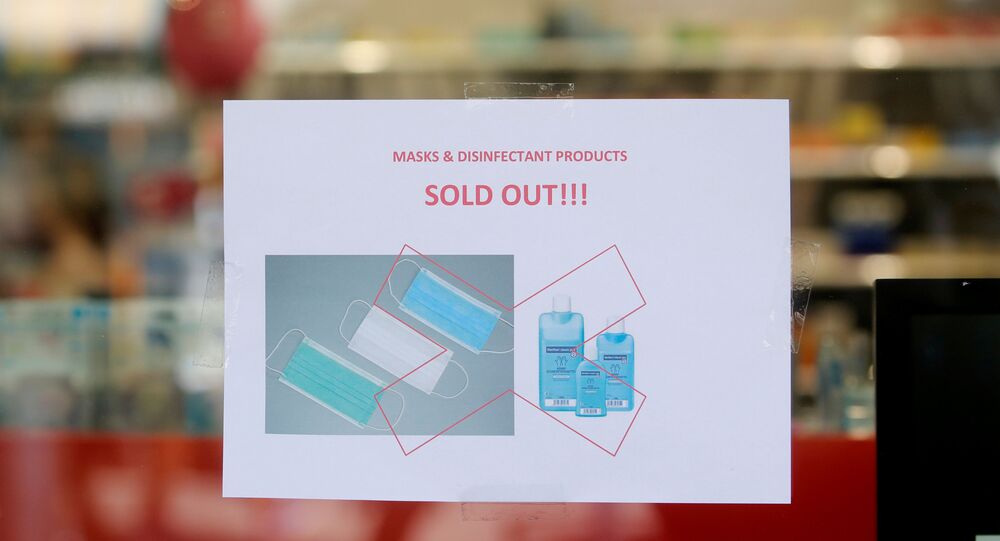 The development comes as the death toll from COVID-19 surpassed 10,000. In the United States alone, the number of confirmed cases has more than doubled and now stands at 14,000, while more than 200 people have died in the country.

A pandemic flu wargame held in 2019 revealed that the United States would run out of protective masks and ventilators, according to The New York Times, which obtained the report. According to the document, which was written in October - two months before coronavirus emerged in China - the United States was unprepared for an outbreak of an infectious disease as it was unable to manufacture the necessary medical equipment. Other problems highlighted in the report were funding shortfalls, muddled leadership roles, as well as issues relating to response efforts by cities and states.

The simulated scenario had some astounding similarities with the coronavirus outbreak. According to the exercise's premise, a flu that originated in China was quickly spread worldwide by international tourists and declared a pandemic. The simulation said that 110 million Americans were expected to contract the virus, with half a million of them dying from the disease.

The report also noted that the whole world was unprepared for a pandemic.

The simulated scenario followed issues with the US responses to Ebola, the swine flu, and other contagious diseases.

The exercise, titled "Crimson Contagion", involved 19 federal departments and agencies, as well as 87 hospitals in 12 states - including New York, which now has the greatest number of coronavirus cases. The report was unveiled on 19 March, the day President Donald Trump claimed that no one in the United States "knew there would be a pandemic or epidemic of this proportion". "I would view it as something that just surprised the whole world", Trump said at a press briefing.