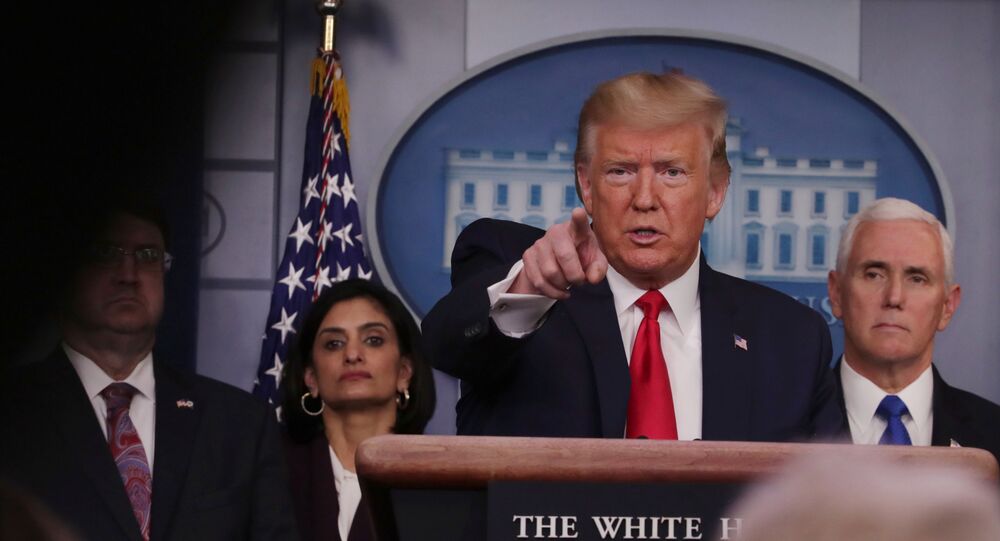 The Defence Production Act was first enacted by the US in 1950 during the Korean War and, while the act has been periodically amended, it has been reauthorised over 50 times since then.

During his Wednesday press conference, US President Donald Trump said that he is invoking the Defence Production Act over the coronavirus pandemic.

"We’ll be invoking Defense production Act just in case we need it," Trump said. "We will have it all completed, signed in just a little while. Right after I am finished with this conference, I’ll be signing it. it’s prepared to go."

The provisions stipulated by the act will allow the US government to accelerate the production of required equipment.

The US president has also noted that one hospital ship will be sent to hard-hit New York, while another will be deployed to the West Coast.

"We are sending upon request the two hospital ships that are being prepared right now," Trump said. "One is called the Mercy and the other is called the Comfort. They are in tip-top shape... They are getting ready to come up to New York."

At the same time, the total number of people infected with the coronavirus worldwide is 200,680 with 8,092 deaths.