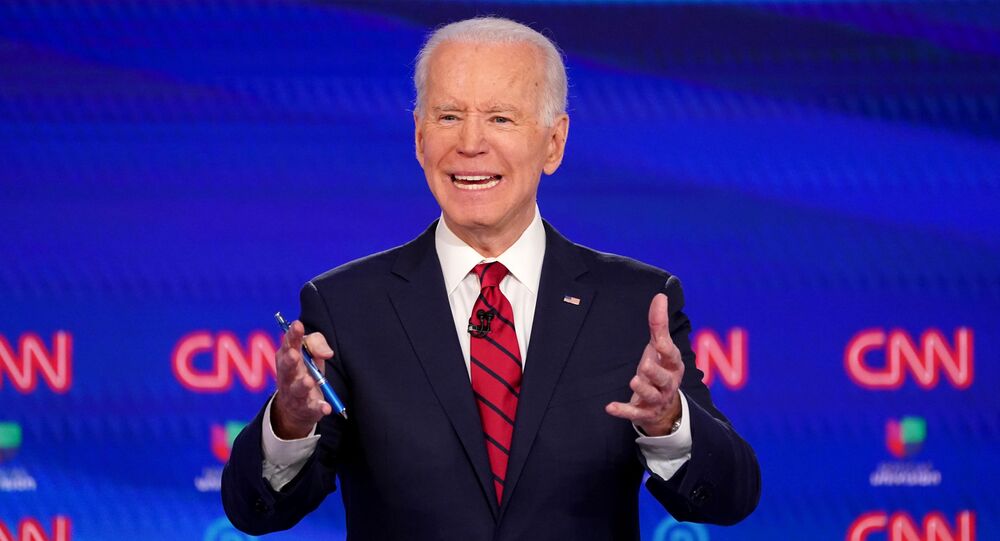 Biden has already secured victory in Florida - the state with the largest delegate share of 219 - and in Illinois, according to several TV networks' projections.

With more than 50 percent precincts reporting, Biden is leading with 42.6 percent to his rival Senator Bernie Sanders's 30.3 percent according to the AP.

Arizona's primary results could mark Biden's third victory on Tuesday. Biden won Florida by a huge margin, leaving Sanders far behind and securing at least 130 pledged delegates out of 219, with 98 percent precincts reporting. Fox News also projected his decisive victory in Illinois, where 155 delegates are at stake, and Biden has secured at least 93, with over 80 percent precincts reporting.

Arizona will award a total of 67 delegates.

Initially, the primaries were scheduled to be held in four US states, but the Ohio primary was put off over coronavirus concerns, as the number of COVID-19 cases in the United States has surpassed 5,300 and the death toll reached 96.

To win the party nomination on the first ballot 1,190 delegates are needed.