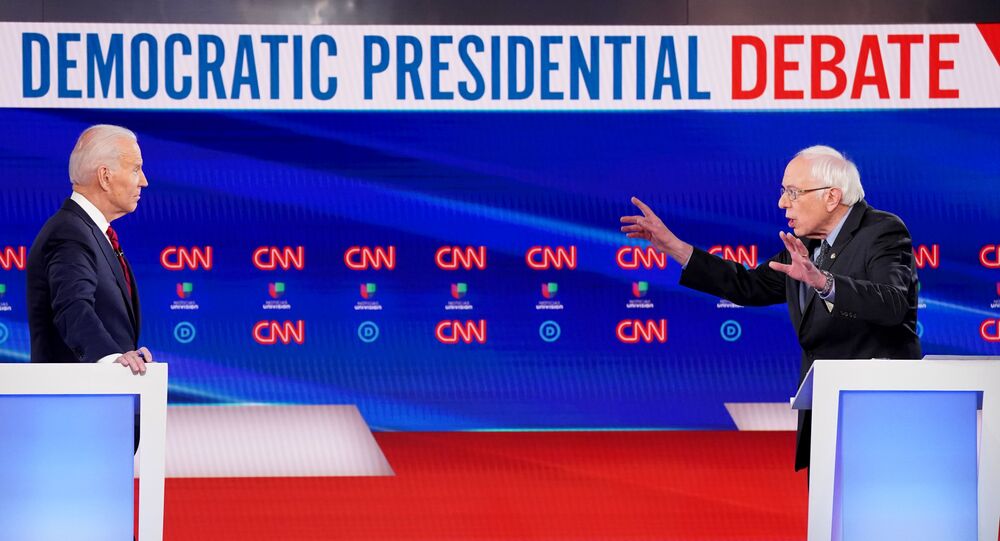 Several TV networks reported earlier Biden was also leading in Florida, the state with the biggest share of delegates today - 219, while 155 pledged delegates are at stake in Illinois.

Biden has also secured victory over Sanders in Florida, where he was winning every county, several TV networks reported earlier.

Three states held Democratic primaries today - Florida, Illinois, and Arizona, with 219, 155 and 67 pledged delegates, respectively. There is no data on Arizona, the third state holding primaries on Tuesday, yet.

A fourth primary was scheduled to take place in Ohio (136 delegates at stake), but the state government postponed its primary due to health concerns, as the new coronavirus outbreak continues in the United States.

To win the party nomination on the first ballot 1,190 delegates are needed. Biden so far has won 898 delegates to Sanders’ 745 after more than 25 primary contests, according to AP official delegate count.

Despite the early wins of Sanders, Biden made a "comeback" in South Carolina and then won Super Tuesday, taking 10 out of 14 states in which primaries were held that day. Biden also one in most of states on 10 March.