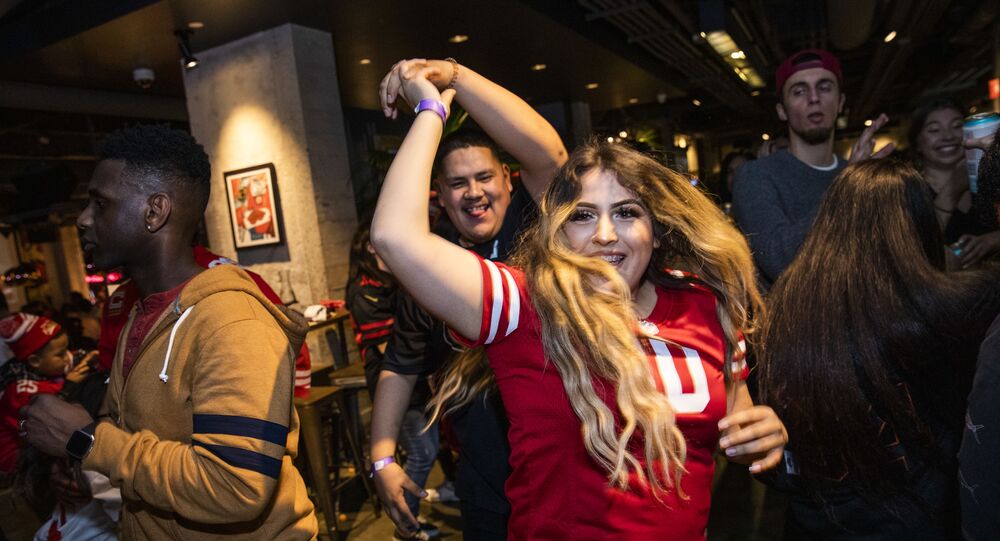 Coronavirus: As US Health Watchdog Advises People to Stay Home, These Officials Tell Them to Go Out

With the COVID-19 outbreak becoming a pandemic, there are two key elements to handling the spread of the disease. The first one, rapid diagnostic testing, is largely the responsibility of governments. The second one, social distancing, depends heavily on people’s discretion and conscience. But many of them find it hard to follow the instructions.

The novel coronavirus and the disease it causes, COVID-19, have now spread to three quarters of countries, dramatically affecting social gathering and public life – but not everyone’s.

Over the weekend, the US leading public health institute advised against in-person events of more than 50 people, and cities across the country have been banning large gatherings.

But looking at a packed venue in downtown Nashville, St. Patrick’s Day revellers in Chicago, or restaurant-goers in Brooklyn – and it seems that they’ve shied away from coronavirus fears.

Some politicians in the US have played a role in getting people into the going-out spirit.

“Most importantly, I think what American people have to understand is we need to stop panicking,” Rep. Devin Nunes said in an interview that aired on Sunday, two days after Donald Trump declared a national emergency over the coronavirus pandemic.

“If you’re healthy, you and your family, it’s a great time to just go out and go to a local restaurant, likely you can get in easily. Let’s not hurt the working people in this country that are relying on wages and tips to keep their small business going.”

On Saturday, Oklahoma Governor Kevin Stitt tweeted out a picture of himself and his children at a crowded restaurant. “It’s packed tonight!” he wrote alongside hashtags #supportlocal and #OklahomaProud. The following day, he declared a state emergency. The tweet has been deleted.

So I know nothing about Oklahoma governor Kevin Stitt, but I feel like I know all I need to know now. pic.twitter.com/fJ7M9ggtEy

And less than two weeks ago, Director of the Economic Council Larry Kudlow encouraged Americans to keep going to work because the virus was “relatively contained.”

In the early 20th century, there lived a woman in the US called Mary Mallon. She’s perhaps better known under her moniker Typhoid Mary. She was an Irish immigrant identified as the asymptomatic carrier of typhoid: she carried the pathogen and spread it to others, but never got sick herself.

Mary worked as a cook and caused multiple typhoid fever outbreaks in New York through contaminated food at the turn of the century, when the typhoid vaccine was just invented and not widely available. She was explicitly instructed to quit working as a cook, but disobeyed and infected even more people; her death toll is estimated at somewhere between three and several dozen people.

A hundred years later, there might be hundreds of COVID-19 Maries bar-hopping together with the virus.

Many people have legitimate concerns about a lack of nationwide coronavirus tests and about the true number of infections. On Sunday, Harvard epidemiologist Marc Lipsitch warned that due to the United States being “the champion of undertesting”, that the number of infected people is “much higher” than that the official count.

Same applies for some other countries, but US is among rich countries perhaps the champion of undertesting. Kudos to many colleagues for racing to fix that, but for now the numbers are wildly underestimated.

The incubation period for the new coronavirus is up to 14 days. In other words, it may take two weeks for a newly-infected person to show symptoms of the disease. Those who haven’t conducted a test for the virus but still go out for a drink at night could actually be transmitting the disease without knowing that they are already sick.

This undermines the whole idea of social distancing, which is meant to slow the spread of the disease and thus relax the otherwise overwhelming pressure on the healthcare system.

But, as one woman tweeted the other day, “I just went to a crowded Red Robin... and I took my sweet time eating my meal. Because this is America. And I’ll do what I want.”

Typhoid Mary knew she was sick but would not stop making food. Today’s extroverts may not know they carry the virus, but there’s one thing that makes them similar to Mary: they value their own liberty over other people’s safety.