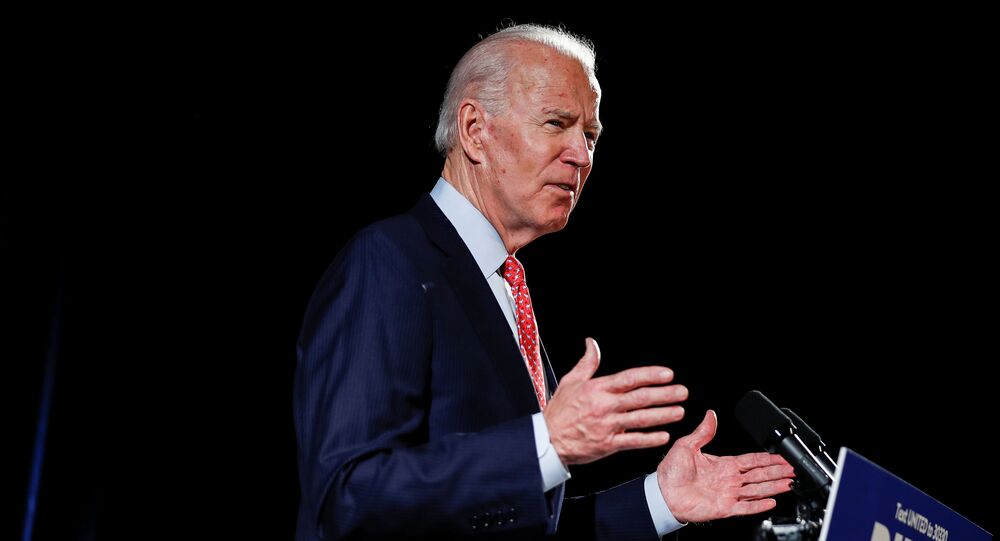 The former US vice president - who has criticized fellow Democratic opponent Bernie Sanders - made an unexpected maneuver ahead of the upcoming Washington DC debate with the Vermont Senator.

The Biden campaign, hours before the 11th Democratic debate at CNN studios, tweeted that the candidate would include in his presidential policy many of the plans of rival contenders Bernie Sanders and Senator Elizabeth Warren.

Across the country, middle and working class families are being squeezed by debt. This is a massive problem, and one that we need all of the best ideas to solve. That's why today, I'm adopting two plans from @BernieSanders and @ewarren to achieve this.

​Biden said that he was adding Sanders’s idea to make public colleges and universities free for families whose income is below $125,000. “It's a good idea, and after consideration, I am proud to add it to my platform”, ​Biden said.

© AP Photo / Manuel Balce Ceneta
US Senator Kamala Harris Says She Endorses Joe Biden for US President
Ahead of the upcoming debate, Sanders holds a solid lead, winning the electoral vote in New Hampshire and Nevada and the popular vote in Iowa. Despite earlier victories for Sanders, Biden began a comeback with a win in South Carolina.

Later, the former vice president, who was alleged to have been implicated in a corruption scandal involving the Ukrainian energy company Burisma - where his son Hunter Biden was employed - clawed back his positions, gradually excavating himself from what many thought was a political grave unwittingly dug for him by House Democrats who impeached US President Donald Trump.