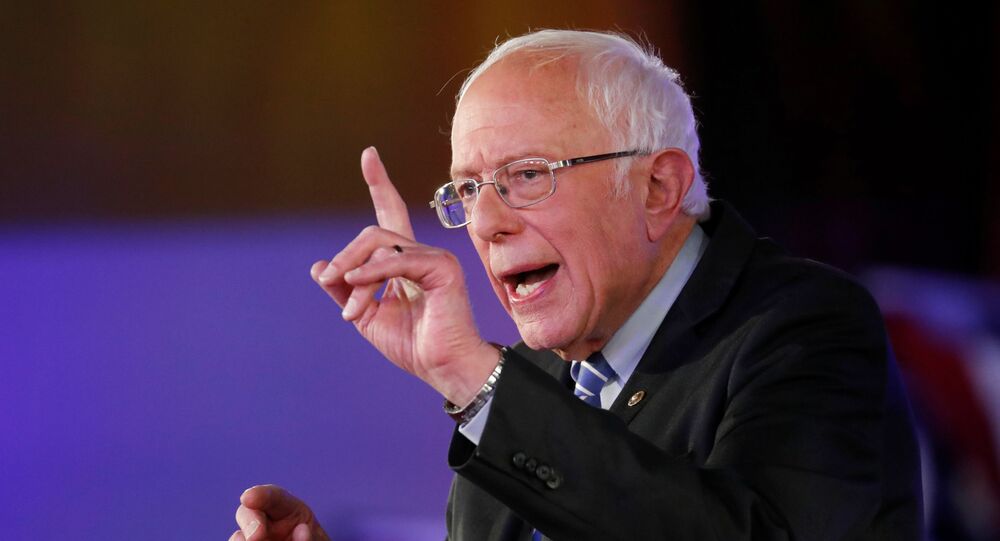 Currently, Sanders is lagging just behind his main rival, Joe Biden, by a mere 154 delegates. The Vermont firebrand's next chance to narrow the gap will take place on 17 March, as four states vote for the 2020 US Dem presidential candidate.

Democratic Presidential hopeful Bernie Sanders shared that his campaign has had to adapt to the new reality of the ongoing coronavirus outbreak in the US, which has seen meetings with voters and rallies cancelled due to  public health concerns. The Vermont Senator noted that, despite his "love" toward personal engagement with supporters, his campaign has had to change "radically", going primarily online ahead of the upcoming votes in Arizona, Florida, Illinois and Ohio.

“What I think we have going for us — which we have always had going for us, but we’re going to have to utilize even more — is our internet capabilities. This coronavirus has obviously impacted our ability to communicate with people in the traditional way that we do. And that’s hurting", the Senator said in an interview with journalists.

Among ways to communicate with the voter base, Sanders outlined the use of Twitter and other social media outlets, as well as using live-stream events that include speeches. He recently held a live-streamed town hall meeting for the state of Illinois while speaking from a location in Delaware, some 1200 kilometres distant.

Sanders also noted that campaign staffers now mostly work from home instead of in an office to further reduce the possibility of spreading the deadly infection.

The progressive Democrat noted that, due to the ongoing coronavirus outbreak, the current situation only proves his point about the necessity to introduce "Medicare for All" policy in the US.

At the moment, Sanders is 154 delegates behind Biden, with nearly half of the delegates allocated. The next round of voting will take place on 17 March in four states. Apart from Biden and Sanders, the only remaining contender is Tulsi Gabbard who only has 2 delegates in the race.

The new round of primaries will take place despite the coronavirus pandemic, as local authorities urge people to vote by mail and have extended ballot opening times in a bid to prevent crowding. According to the latest data, some 2,226 people have contracted the coronavirus in the US and 50 have died. US President Donald Trump declared a national emergency, allocating some $50 billion to combat the pandemic.