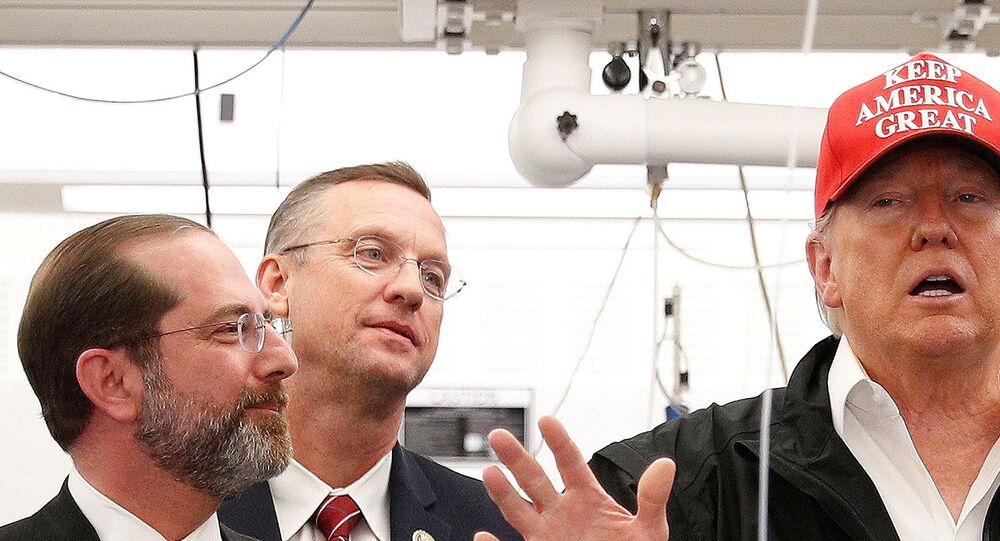 US President Donald Trump has reportedly in recent days been in contact with at least three people who have since gone into quarantine as a precautionary measure after allegedly coming into contact with a person at the Conservative Political Action Conference (CPAC) who tested positive for the Wuhan coronavirus (COVID-19).

White House press secretary Stephanie Grisham, in a statement late on Monday, claimed that "the president has not received COVID-19 testing because he has neither had prolonged close contact with any known confirmed COVID-19 patients, nor does he have any symptoms", adding that "Trump remains in excellent health, and his physician will continue to closely monitor him".

Earlier in the day, Trump held a press briefing where he said that his administration would propose a number of economic measures in a bid to tackle financial fallout being caused by the fast-spreading infection. Trump did not take any questions, including one about whether he had been tested for the Wuhan coronavirus.

US lawmaker Matt Gaetz made an announcement earlier on Monday, just hours after he flew aboard Air Force One with Trump from Florida to DC, that he would enter a self-imposed quarantine after he came in contact with an individual at the CPAC event 11 days ago who had tested positive for the coronavirus.

© REUTERS / ALAA AL-MARJANI
Coronavirus Prompts Iraqi Authorities to Close Holy City of Najaf – Reports
Lawmaker Doug Collins made a similar announcement on Monday after he admitted that he had been exposed to the same individual at the CPAC event, who had been diagnosed with the Wuhan coronavirus.

Both Collins and Gaetz reportedly show no symptoms of COVID-19 but have nonetheless decided to self-quarantine.

On Saturday, the American Conservative Union said a CPAC attendee had tested positive for the Wuhan coronavirus. Congressman Paul Gosar and Senator Ted Cruz have also isolated themselves after learning on Sunday night that they had contact with the same unidentified infected individual.

Earlier on Monday, Trump claimed that there were currently 546 confirmed cases of the Wuhan coronavirus in the United States, and stated that 22 had died as a result of the infection.

'Not Their Fault': Trump Announces Economic Stimulus to Mitigate Impact of Coronavirus