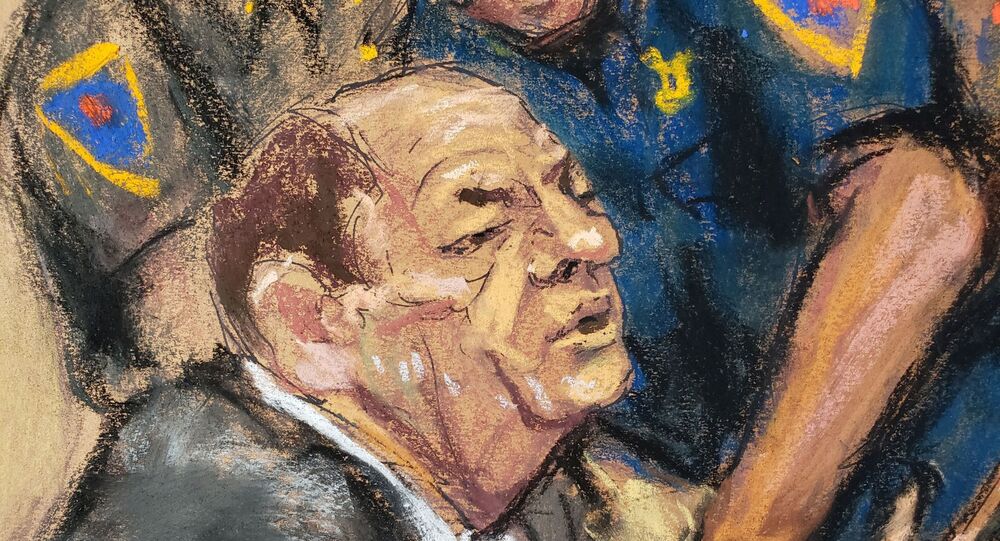 The Hollywood producer was convicted of sexual assault and rape late last month, but cleared of predatory sexual assault charges threatening him with life in jail. He currently awaits sentencing, scheduled to take place on Wednesday.

According to the outlet, the floor Weinstein is living on has 30 dorm-style beds, but apart from himself, is currently empty.

Weinstein has also been assigned round-the-clock security, including monitoring by surveillance cameras and regular checkups by guards. He is reportedly moved to a cell with two other inmates at night.

The disgraced Hollywood mogul also gets an hour of recreation time each day, access to a law library and religious services, and health-conscious options for meals, but also the right to ask for junk food from the commissary as well as free medical care, including access to an on-duty physician.

Last week, Weinstein’s spokesperson said their client was having hard time dealing with his conviction, and “doesn’t like being left alone” in jail, with his incarceration said to be driving him “stir crazy.” Weinstein was briefly interned at Bellevue Hospital in Manhattan last week after complaining of chest pains.

Late last month, Deputy Wardens Association president Joe Russo said Weinstein was receiving special treatment to prevent him from being harmed by other prisoners. “He’s very high-profile and you can’t put him with somebody else…There seems to be a Jeffrey Epstein influence here,” Russo explained, referring to the mysterious death of convicted pedophile Jeffrey Epstein in custody in August 2019 while awaiting trial for additional sex trafficking and pedophilia-related charges.

Weinstein, 67, was convicted of one count of criminal sexual assault in the first degree, and one count of rape in the third degree. He faces anywhere from 4 to 29 years behind bars. He plans to appeal his conviction.

Dozens of Hollywood stars came forward to accuse Weinstein of sexual assault and rape in 2017, with the allegations going back as far as 1980. Weinstein consistently denied the allegations, saying all his sexual relationships were consensual. After the accusations against him emerged, Weinstein’s wife left him and filed for divorce, while former friends and associates sought to distance themselves from the disgraced mogul.