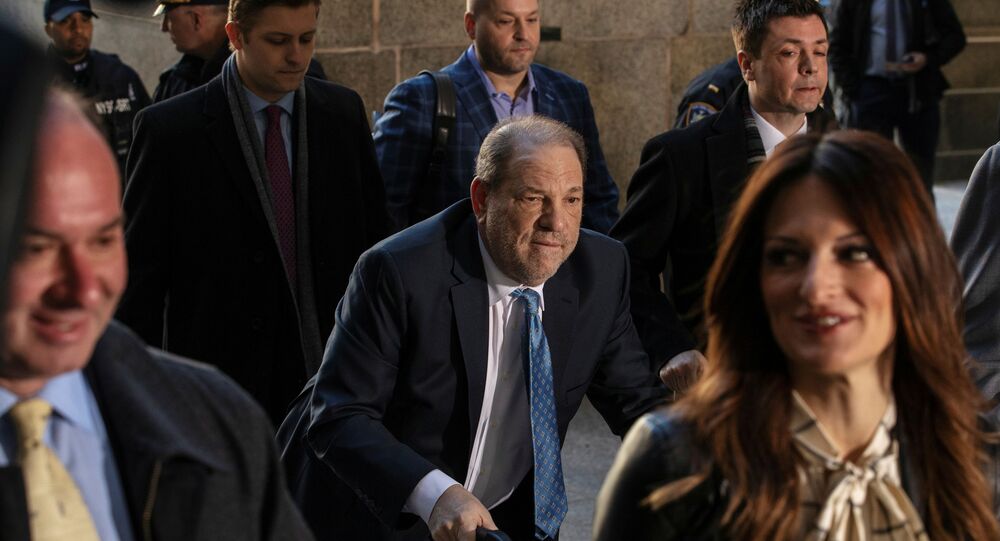 Speaking to the Daily Mail, Harvey Weinstein’s devoted attorney Donna Rotunno revealed that the former movie producer and now the accused rapist no longer has contact with his older children, but still has a good relationship with the younger ones, who are said to “rely on him on a daily basis”.

“His oldest daughters don't speak to him. So I mean it's horrific. The ripple effect of someone losing their freedom is beyond what any of us could comprehend”, Rotunno admitted, while explaining how Weinstein’s life has changed following the sexual assault charges.

“He's been seeing the younger kids their whole lives. They live next door to each other, he has a great relationship with his younger children”, the lawyer still argued.

Harvey Weinstein has three children from his marriage to Eve Chilton, 25-year-old Lily, also known as Remy, Emma and Ruth, who are 22 and 17 respectively. The couple divorced in 2004 after seventeen years of marriage. The ex-Hollywood mogul then married English fashion designer Georgina Chapman who gave birth to Weinstein’s two other kids, India in 2010 and Dashiell three years later. However, she left her husband in 2017 following the first reports of sexual assaults from Weinstein’s alleged victims.

“My heart breaks for all the women who have suffered tremendous pain because of these unforgivable actions”, Chapman said at that time.

The producer’s attorney has stated that the couple still works “well together” to raise their kids, but admitted during the interview that the disgraced producer was frightened of meeting his death in jail.

“He's 68 years old. Obviously, he accepts it, look where he is right now. It's real - with his health - who knows how many years he could survive in there. Probably not that many”, Rotunno told the outlet.

On 24 February, Harvey Weinstein was found guilty on two charges, relating to the third-degree rape of actress Jessica Mann back in 2013, and the charge of first-degree criminal sexual act in relation to former production assistant Mimi Haleyi in 2006. However, the producer was acquitted of the first-degree rape and predatory sexual assault charges. He still faces decades in prison, with his sentence to be decided on 11 March.