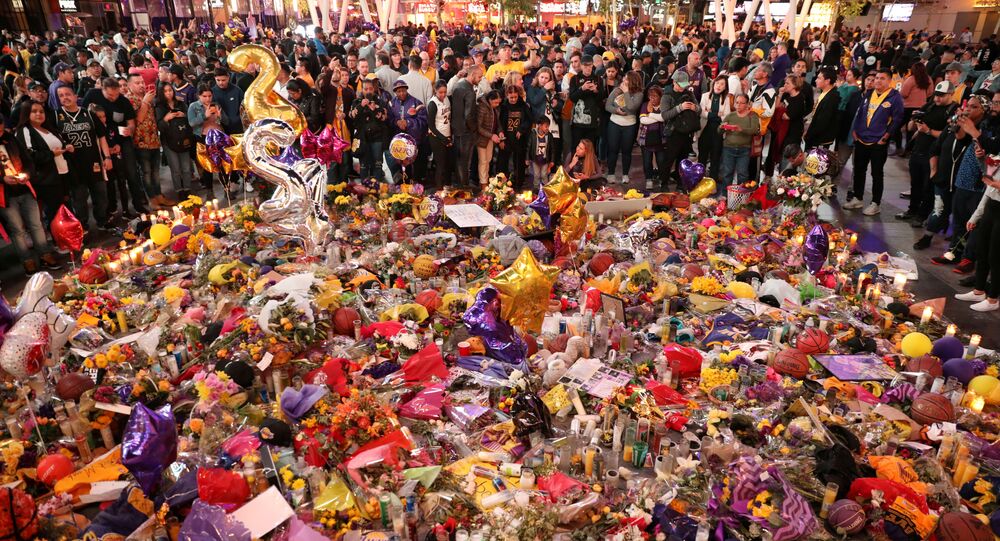 Tributes have been flooding in for Kobe Bryant and his daughter Gianna from all over the world since the helicopter crash on 26 January in Calabasas, California, which also took the lives of seven other people.

About 20,000 fans are arriving at the Staples Centre for a planned tribute to NBA legend Kobe Bryant and his daughter Gianna, who died in a helicopter crash in late January.

Headlined 'The Celebration of Life for Kobe and Gianna Bryant', the tribute saw nearly 90,000 people apply for tickets. The Los Angeles Police Department strongly advised the public to avoid the downtown area during the memorial service.

Kobe Bryant, his 13-year-old daughter Gianna and seven other passengers were killed when a Sikorsky S-76B helicopter rammed into a Calabasas mountainside, crashed and caught fire. An investigation into the crash is underway.