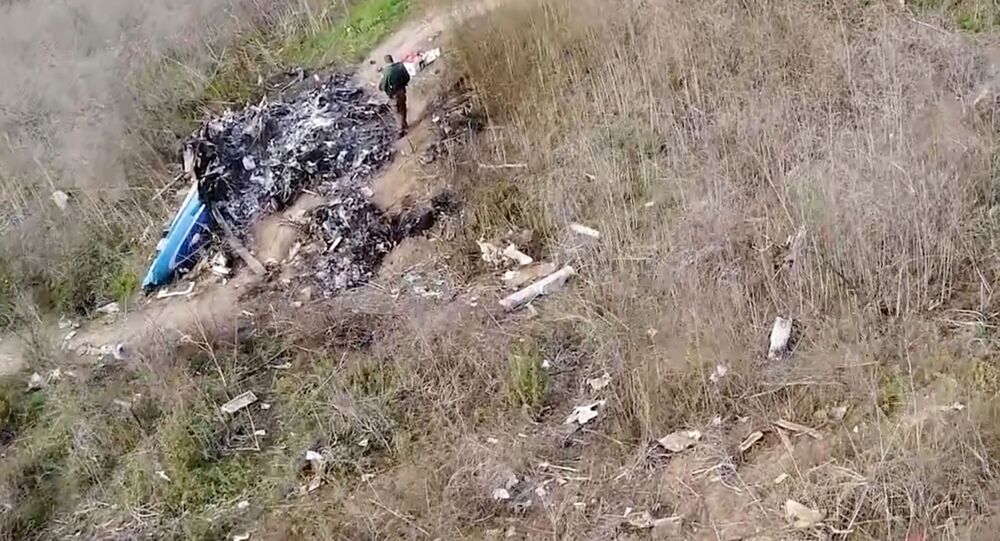 Federal investigators have announced that the January 26 helicopter crash which claimed the life of NBA legend Kobe Bryant, his daughter and six others was not attributable to the failure of either engine in the aircraft.

​The US National Transportation Safety Board (NTSB) on Friday issued an update on its investigation into the fatal Sikorsky S-76B helicopter crash in Calabasas, California, late last month.

"Our investigators have already developed a substantial amount of evidence about the circumstances of this tragic crash," NTSB Chairman Robert L. Sumwalt said in the news release published by the government agency. "And we are confident that we will be able to determine its cause as well as any factors that contributed to it so we can make safety recommendations to prevent accidents like this from occurring again.”

According to the latest report, both of the helicopter’s Pratt & Whitney PT6B-36A turbine engines “showed no evidence of an uncontained or catastrophic internal failure” following investigators’ recovery and “detailed disassembly examination” of the aircraft equipment.

“The entire fuselage/cabin and both engines were subjected to a postcrash fire,” noted investigators in the full report.

Being that the late pilot, Ara Zobayan, was experienced and had operated the helicopter several times prior to the fatal event, initial theories surrounding the crash pointed to the possibility of engine failure causing the helicopter to accelerate to 160 mph before ramming into a Calabasas mountainside.

However, Kurt Deetz, a former pilot who used to operate helicopters taken by Bryant, told the LA Times that mechanical failure was unlikely, as the Sikorsky S-76B had "a very good maintenance programme.”

“The likelihood of a catastrophic twin engine failure on that aircraft — it just doesn’t happen,” he asserted, noting that bad weather was probably the culprit.

While a full determination has not been reached regarding the cause of the crash, the government agency included information pertaining to the weather conditions in the area at the time. From information provided by the National Weather Service to eyewitness photographs from around the mountainside, the NTSB’s evidence appears to reveal that heavy fog and mist made air travel conditions unfavorable at the time of the crash.