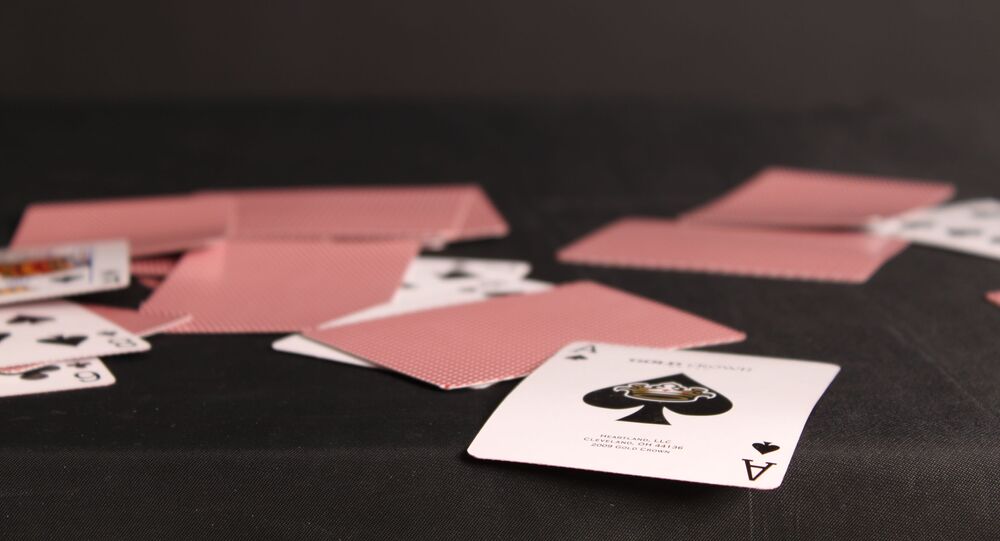 Luck of the Draw: Card Games Settle the Winner at Nevada Caucuses – Video

Pete Buttigieg gets a 3 card and beats out Bernie Sanders, who has a 2. This is not a late-night game of blackjack, but the way some caucus-goers in Nevada are picking which candidate to run for the top job in the country – the most Vegas way possible.

Caucus votes in several precincts across Nevada on Saturday night were determined by high-card draws when results were too close to call.

In Nevada, where only the Democratic Party held caucuses this year, the winner is determined by drawing a card out of a deck in the event of a tie between two or more candidates. Whoever gets the high card wins – it’s as simple as that.

Some details: the deck should be unopened; a precinct chair or site leader has to shuffle it at least seven times; Jokers and extra cards should be removed; aces are typically high, but a precinct chair can decide they are low, and if the cards are of the same rank, the suit determines the outcome (highest to lowest are spades, hearts, diamonds, and clubs).

Tiebreakers are rare and are more likely at caucuses in smaller precincts. A handful of precincts in Iowa earlier this month used coin flips to break a tie.

Pete Buttigieg won a delegate in one precinct in Reno on Saturday night after his backer pulled a 3 of clubs and a Sanders supporter drew a 2 of clubs.

WATCH: @GadiNBC shows a tie break just now with cards at a #NevadaCaucus in Reno. pic.twitter.com/z81wpXmqXq

The former South Bend mayor’s luck spell continued at another Reno caucus, where he won a delegate with a 7 card compared with Amy Klobuchar’s 4 card.

My brother won a delegate for Pete in a tie-breaker card draw in Reno, Nevada! With a 7 😅 pic.twitter.com/1fBiEmpHQG

A Biden-Sanders tiebreaker in Henderson ended in Biden’s favour after his backer pulled a king.

WATCH: Votes were tied between Biden and Sanders at precinct 1411 at Coronado High School-- so it went to the tiebreaker: A high card draw #8NN #NVCaucus #YLEH pic.twitter.com/bZWkRUkoe3

And Sanders had a comeback vs. Biden in another card draw.

A very Vegas caucus tie breaker between @BernieSanders and @JoeBiden !

However fascinating the card draws are, they have little impact on the eventual outcome of statewide vote. With half of precincts reporting, Bernie Sanders, the self-styled Democratic Socialist, is winning the popular vote with 46.6 percent and is projected to win seven pledged delegates. Biden is trailing with 19.2 percent of the vote, Buttigieg has 15.5 percent, and Elizabeth Warren has 10.3 percent; other candidates have not passed the 5 percent threshold as of the time of publication.