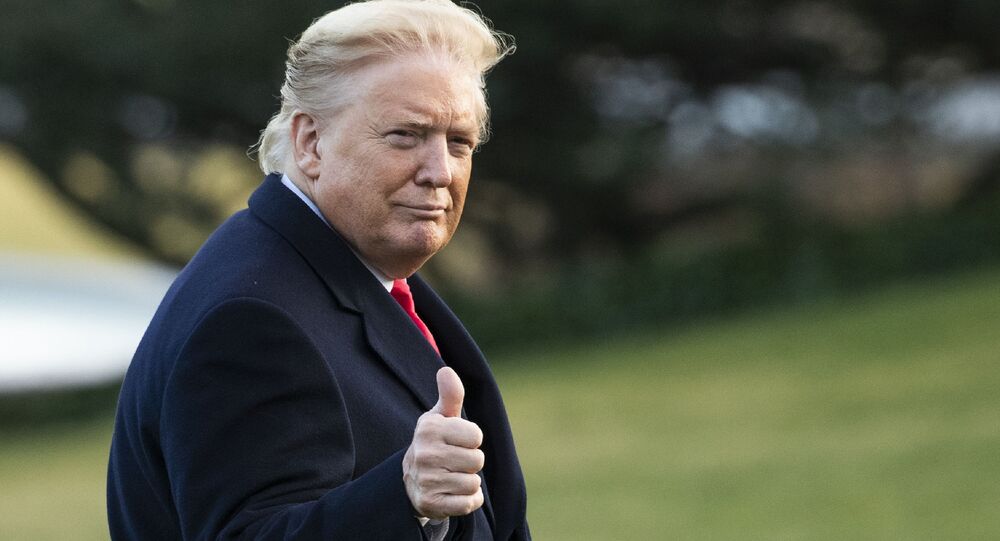 The US president claimed that his son could have created a better website than the Obamacare one - and for a much cheaper price.

During his recent appearance at a rally in Las Vegas, US President Donald Trump apparently managed to rile up his audience both offline and online with a fresh jab at the legacy of his predecessor, Barack Obama.

As he discussed the issue of healthcare at the event, Trump claimed that his 13-year old son Barron, whom he described as a computer genius, could make a better website than Obamacare, which, the president claimed, cost $5 billion instead of the $5 million as it was originally intended.

​"He would’ve done it for nothing, and it would’ve been better than what they have", the president said as the audience cheered.

Trump’s statement elicited a positive reaction from quite a few social media users who appeared to concur with his assessment of the Obamacare site.

true-- they spent 100 million and it didn't work, now they push govt healthcare- ACA was supposed to be the holy grail!!! no thanks

The Obamacare website had design flaws people hadn't seen since the 1990s. The job was given to incompetent cronies. And people wonder why "drain the swamp" resonates.

Trump is right about that. If not his son, Barron, then so many others could do so. ObamaCare website was a money-washing/laundering/payout for other purposes, no way did it require the $MultiMillions it received https://t.co/Mhn7wKb4AR

Some, however, argued that perhaps mentioning Barron was not a very good idea, considering how First Lady Melania Trump previously insisted that her son "should be kept out of politics".

Wow daddy dearest Melania will not be happy with you bringing her son into https://t.co/A0mnmO8MCd have finally agreed Barron is not just Melania’s son.We are still waiting for your replacement of Obamacare.Sorry that will never happen you are incompetent right on down.

This sucks. The whole world tries to respectfully keep Barron out of the news. Trump makes him a prop. So sad.