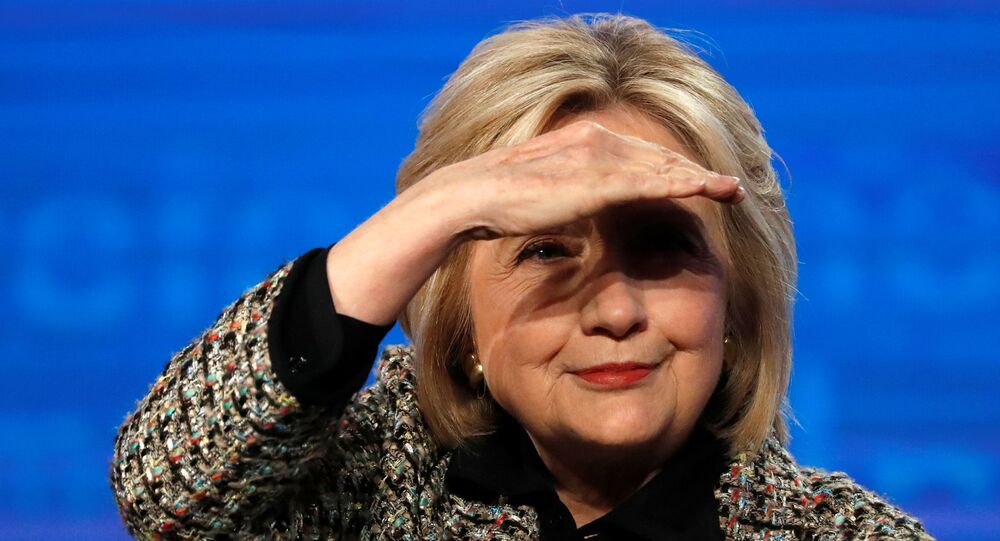 Donald Trump this week fired his candidate for permanent director of national intelligence after the latter allowed his agency to spread “Russian interference” fears in Congress. The US President reportedly complained that Democrats might weaponise the news against him – which is exactly what’s happening now.

Top Democrats have accused Donald Trump of being a stooge of Vladimir Putin following a cabinet-level reshuffle over a briefing on alleged Russian interference in US elections.

“All Members of Congress should condemn the President’s reported efforts to dismiss threats to the integrity of our democracy & to politicise our intel community.”

Hillary Clinton, another nemesis of Trump’s, outright called him “Putin’s puppet” who cannot win a US election without “Russian help”.

Putin’s Puppet is at it again, taking Russian help for himself.

He knows he can’t win without it. And we can’t let it happen. https://t.co/10Z2YIipOI

The Republican-controlled Senate this month blocked an effort by Democrats to pass three election security proposals, citing concerns that they would take  control over elections away from the states and hand it over to “bureaucrats” in Washington, DC.

The backlash is in response to reports that Donald Trump fired the acting director of national intelligence, Joseph Maguire, because of a classified House election briefing on 13 February. Maguire will be replaced by Richard Grenell, the US ambassador to Germany.

As first reported by the New York Times and later confirmed by multiple other news outlets, Shelby Pierson, the intelligence community’s official  responsible for overseeing election security, alleged at that briefing that Russia is interfering in the 2020 presidential campaign – both the Democratic primaries and the general election – to get Donald Trump re-elected.

These claims repeated the Democrats’ now-debunked ‘Trump-Russia collusion’ conspiracy theory, which some of them, including Hillary Clinton herself, used to explain away Trump’s shock victory in 2016. Russia has repeatedly denied meddling in the US election process, and Donald Trump has likewise maintained he had never cooperated with the Kremlin.

Days after the 13 February briefing, Donald Trump fired Acting Director of National Intelligence Joseph Maguire, who was under consideration for a permanent DNI job. Although there have been reports that Trump had been planning to sack Maguire for a while, the New York Times linked the move to his alleged outrage over the briefing.

Trump, it was claimed, “berated” Maguire and complained that his political opponents – in particular House Intelligence Committee chairman Adam Schiff – might seek to exploit the Russian meddling theory against him in the ongoing presidential race.

The president framed the story as another “misinformation campaign” campaign by the Democrats.

“I was told a week ago, they said, ‘you know, they are trying to start a rumour,’ it’s disinformation,” he said at a Nevada rally on Friday. “That’s the only thing they’re good at. They’re not good at anything else, the do-nothing Democrats.”