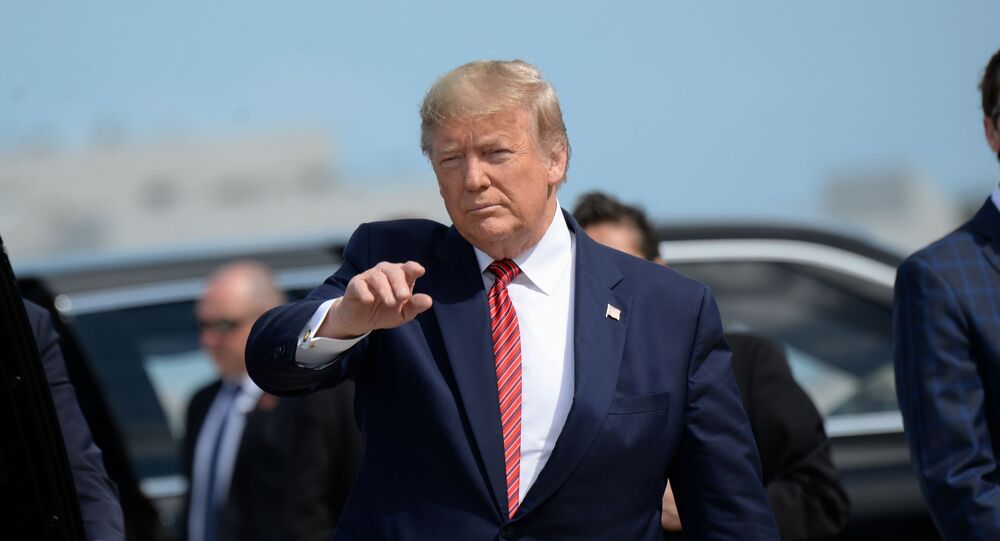 It now seems that Donald Trump’s surprise appointment of Richard Grenell as the new acting Director of Intelligence is motivated by a purge against Russophobes in the Deep State.

How else to explain why Grenell, a US ambassador to Germany with zero experience in the field of state or military intelligence, should get the top job in American spycraft?

As Director of Intelligence (DNI), Grenell will be in charge of coordinating all 17 agencies that make up the US intelligence community, including the CIA and FBI.

Formerly a press officer for the US at the United Nations and a pundit on Fox News, Grenell is not exactly spook material. He also likes to shoot his mouth off with controversial media appearances, which seems an unlikely character trait for someone who will be handling sensitive classified information.

The most important “qualification”, it seems, in Grenell’s CV is his proven loyalty to Trump. For the past two years, while serving as the US ambassador in Berlin, the 53-year-old diplomat has been a staunch defender of Trump’s antagonistic stance towards Germany and other European NATO members. He has managed to rankle many German politicians, including Chancellor Angela Merkel, with his indiscreet opinions favouring populist parties and increased NATO spending.

What seems to have catapulted the envoy to the top echelon of spycraft is Trump’s anger with the outgoing DNI Joseph Maguire whose agency gave a briefing last week to Congress members claiming that Russia was meddling in the forthcoming 2020 presidential election to get Trump back to the White House.

Trump’s frustration is understandable. It is beyond a joke that the lead US intelligence agency is peddling a new version of the Russia meddling hoax. The so-called “Russiagate” merchants just won’t let that old chestnut go, despite there never having been any evidence to back up their lurid claims which they spawned back in the 2016 election as an “explanation” for Trump beat Democrat candidate Hillary Clinton.

Special Counsel Robert Mueller spent two years investigating the matter and finally concluded last April that there was no evidence of alleged “Russia collusion”. The only mischief “Russiagaters” can point to for alleged Kremlin interference were dodgy clickbait posts on social media that appeared to be run by Russian advertising scams.

After the DNI gave its briefing to the House Intelligence Committee on February 13, Trump reportedly flew into a rage with the then acting DNI Joseph Maguire. The White House is saying that the appointment this week of Richard Grenell as his replacement is mere coincidence.

That stretches credulity. Trump is notorious for his thin-skinned narcissism. Vindictiveness is par for his course. This week, for example, he hit out at the Oscar ceremony for awarding a Korean-language movie the best film of the year. “What the hell is that all about?” he griped to supporters at a rally in Colorado. “We have enough problems with South Korea, and after all that, they give them best movie of the year.”

Trump also slammed actor Brad Pitt as a “little wise-guy” over some oblique joke he made at the Oscars regarding Trump’s impeachment trial.

So this president is petty vindictiveness personified, willing to take revenge over the slightest perceived snub.

To put a novice and loose-mouth ambassador at the top of the US intelligence community on the basis of him being a toadying Yes Man, may seem an outrageous move. It certainly has the Washington political and intelligence establishment in uproar over Trump’s unorthodox pick. For Trump, however, it makes perfect sense. It’s a slap in the face to the Russophobes that reside in the Deep State.

The inveterate allegations by Deep State opponents of Trump about supposed Russian interference in American democracy is probably the most dangerous and self-defeating delusion harboured by the US establishment. The delusion is shared and relentlessly amped by media outlets like the New York Times, CNN and MSNBC. As Kremlin spokesman Dmitry Peskov said this week by way of derision, “it’s paranoia”.

US-Russia bilateral relations have never been worse since the Cold War decades. The Russophobia that infests the US establishment is a blight on international relations. The tensions it has created between two nuclear powers is reprehensible, all the more so because the allegations against Russia are baseless. A figment of twisted, febrile imaginations.

We may find Trump’s appointment of Richard Grenell absurd and downright shabby. It sounds like pathetic patronage by a president whose fragile ego requires him to be surrounded by Yes Men and lackeys.

But the bigger sin is that of the US intelligence community being deranged from chronic paranoia towards Russia. In that regard, Trump is right to purge his supposed intel advisors. They’re nothing but trouble.