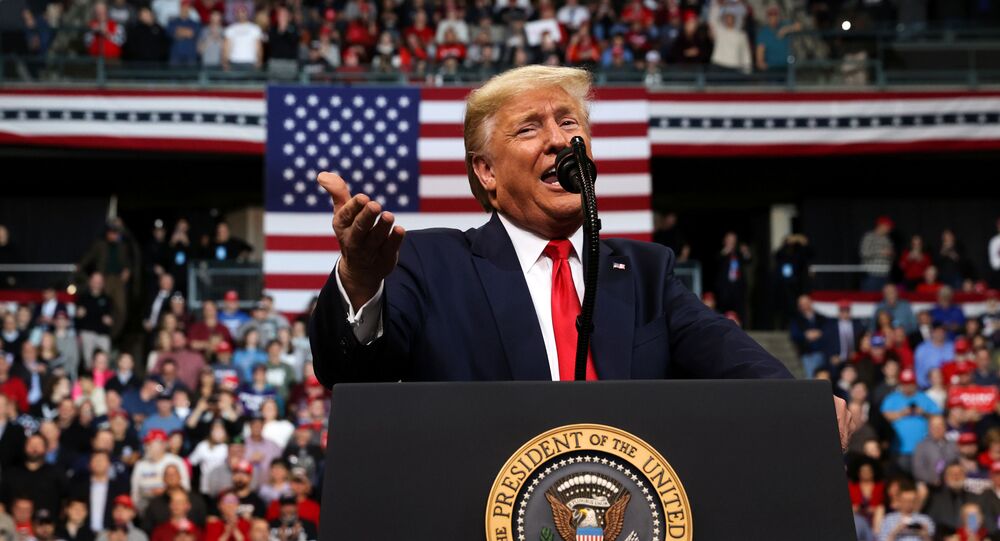 Along with Democratic hopefuls’ doubling down on campaigns ahead of the 11 February vote, Trump, who won his first 2016 GOP primary in New Hampshire, also held a rally in Manchester on Monday night and will be on the Republican ballot Tuesday.

Addressing a packed 10,000-capacity stadium at a Manchester rally, President Trump suggested some of his supporters will vote in the New Hampshire Democratic primary on 11 February to pick the “weakest” candidate.

"Democrats are losing their minds, they're crazy, that's why millions are joining our great Republican party", Trump said, in a veiled dig at the Iowa debacle with voting apps.

He stressed his rally was aimed to "shake up the Dems a little bit", adding that "they have a really boring deal going on".

"But you have cross over in primaries don't you? I hear a lot of Republicans here tomorrow will vote for the weakest Democrat candidate possible. You people wouldn’t do that...My only problem is figuring out who the weakest is. They're all weak", Trump asserted. Under New Hampshire's rules, anyone who is not registered with a concrete party, can cast their vote in the Dem primary poll.

"People are signing up left and right [for the Republican party] but if you want to vote for a weak candidate tomorrow, pick the weakest one you can think of, I don't know who it is", the president offered his tips to the audience.

He further went on to taunt the Democratic woes at the Iowa caucus, implying it is demonstrative of how the whole system works, something he depicted with one single word “unbelievable".

The one who literally got stuck is Sanders:

"Actually, I think they're trying to take it away from Bernie again. I think Bernie came in second, can you believe it? They're doing it to you again Bernie, they're doing it to you again", Trump suggested his own version of the outcome, before moving on to outline his own perspectives in New Hampshire, which the administration sees as a swing state: it was there that Trump won his first Republican primary in 2016, but narrowly lost to Hillary Clinton in the general election.

"We are going to win New Hampshire in a landslide", POTUS enthusiastically promised, having lauded his "absolute total acquittal" in the "outrageous partisan impeachment hoax".

Hew Hampshire is holding both the Democratic and Republican primary on Tuesday, 11 February.

Senator Bernie Sanders of Vermont has led recent polling averages, but former Mayor Pete Buttigieg of South Bend, Indiana, has come pretty close, per many surveys. The two are still battling over the Iowa results, with both campaigns calling for a recanvass of certain precincts.

Senator Elizabeth Warren of Massachusetts, who came in third, doubled her post-Iowa fund-raising goal to $4 million, as former Vice President Joe Biden, the fourth-place holder, is trying to re-energise his campaign.