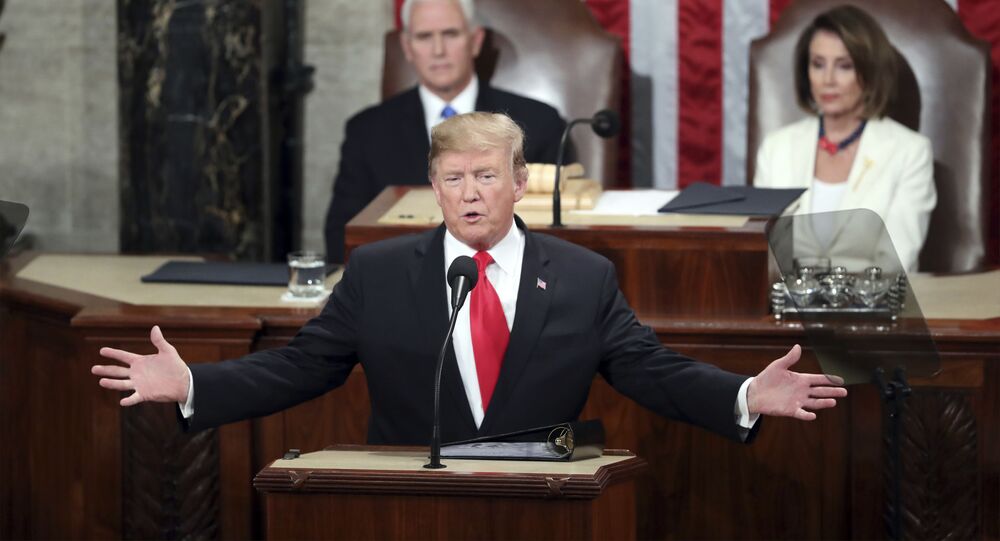 Last week, the US Senate found President Trump not guilty of both charges in the impeachment trial - abuse of power and obstruction of Congress.

US President Donald Trump has sarcastically thanked Speaker of the US House of Representatives Nancy Pelosi for the impeachment trial, which he always described as a "witch hunt", giving a boost to his approval rating.

95% Approval Rating in the Republican Party, a Record! 53% overall (plus add 9 points?). Corrupt Democrat politicians have brought me to highest polling numbers ever with the Impeachment Hoax. Thank you Nancy!

He also predicted that Pelosi would "lose the House again".

Because of how badly they did with the Impeachment Hoax, AOC will primary Cryin’ Chuck Schumer, and win, and Jerry Nadler has a good chance of losing to his far left primary opponent! It is all getting quite interesting. Pelosi will lose the House, AGAIN! My poll numbers great.

Apart from this, ​Mr Trump shared his plans for Monday evening, saying that he was travelling to New Hampshire, where the Democratic primary will take place on Tuesday, to "shake up the Dems a little bit".

Will be in Manchester, New Hampshire, tonight for a big Rally. Want to shake up the Dems a little bit - they have a really boring deal going on. Still waiting for the Iowa results, votes were fried. Big crowds in Manchester!

On 5 February, ​Trump was acquitted by the Senate of charges that he had abused the powers of his office and obstructed Congress as it probed his alleged attempts to press Ukraine's President Volodymyr Zelensky to investigate former US Vice President Joe Biden and his son Hunter regarding their potentially illegal business activities in the country.