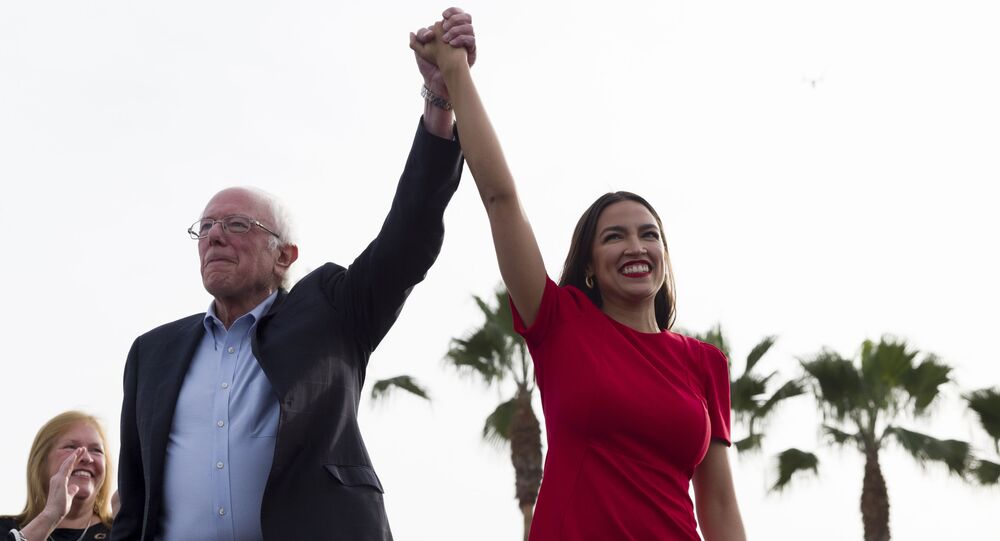 Alexandria Ocasio-Cortez, a US House representative from New York, previously endorsed Senator Bernie Sanders to be the nominee for the Democratic Party, publicly campaigning for his candidacy ever since.

Anyone who wins the Democratic Party nomination should be embraced by Democrats, progressive Congresswoman from New York Alexandria Ocasio-Cortez warned in a phone interview with Time.

Speaking about recent reports that the Democrats may try to block Senator Bernie Sanders, one of the leading contenders for the Democratic nomination in 2020, from becoming the party’s presidential candidate, Ocasio-Cortez said that it was “dangerous territory” to deny any of the challengers the nomination, as it could potentially threaten her party’s eventual efforts to defeat Donald Trump.

“Bernie has said this, I absolutely believe this: whoever gets the nomination, we have to rally behind them, no matter who it is”, Ocasio-Cortez told Time. “And I would hope that everybody would do so if Bernie is the nominee as well”.

The congresswoman, who publicly endorsed Bernie Sanders and has companied for him for several months now, also slammed the “demoralising” attempts to use interparty mechanisms to prevent her preferred nominee from entering the race against the Republican candidate for the presidency.

© REUTERS / KEVIN LAMARQUE
Trump Says Democrats Will 'Never Allow' Sanders to Win Nomination
“I don’t think it’s a good idea for people to try to use superdelegate or other kind of subversive policies to deny anybody the nomination because it’s incredibly divisive to do so, and very demoralising, which is a direct threat in November”, the politician added.

Bernie Sanders, who was defeated by Hillary Clinton in the Democratic Party primaries back in 2016, is currently looking forward to the first caucuses in Iowa, where he has strong support. There are currently 11 candidates who are seeking the Democratic Party nomination in 2020, including former US Vice President Joe Biden.