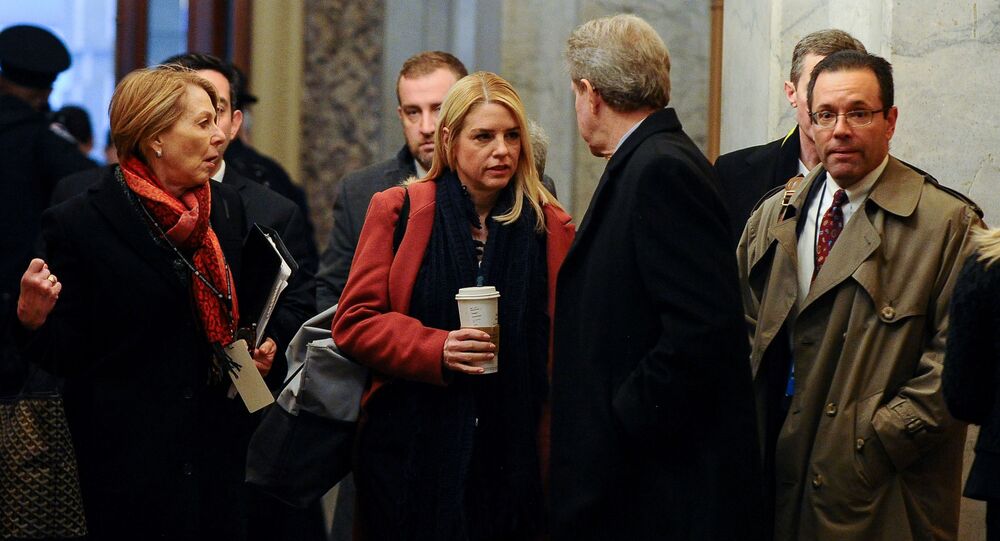 WASHINGTON (Sputnik) - US President Donald Trump's legal defense team in a conference call told reporters they are not concerned about the possibility of former National Security Adviser John Bolton testifying in the Senate impeachment trial.

Bolton's unpublished book reportedly mentions that Trump told him last August about his intention to freeze $391 million of approved military aid to Ukraine until Ukrainian officials opened an investigation into corruption of Democratic presidential candidate Joe Biden and his son Hunter Biden.

"We're not concerned in the sense that we've seen the president's statement, we know that the president hasn't done anything wrong, we're prepared for any eventuality that arises," a source with the Trump defence team said on Tuesday.

The source said that no one on the Trump legal team has reviewed Bolton's manuscript, adding that it is not the Senate's role to open new investigations in the middle of the trial.

The Trump legal defence team finished presenting its argument Tuesday afternoon. On Wednesday and Thursday, senators will submit questions in writing for House prosecutors and the defence to address.

Senate Republicans, who initially hoped to complete the trial without calling any witnesses, face mounting pressure to allow witness testimony following accounts of the Bolton book.

The Senate is expected to vote Friday or Saturday whether to allow additional witnesses and evidence in the impeachment trial.