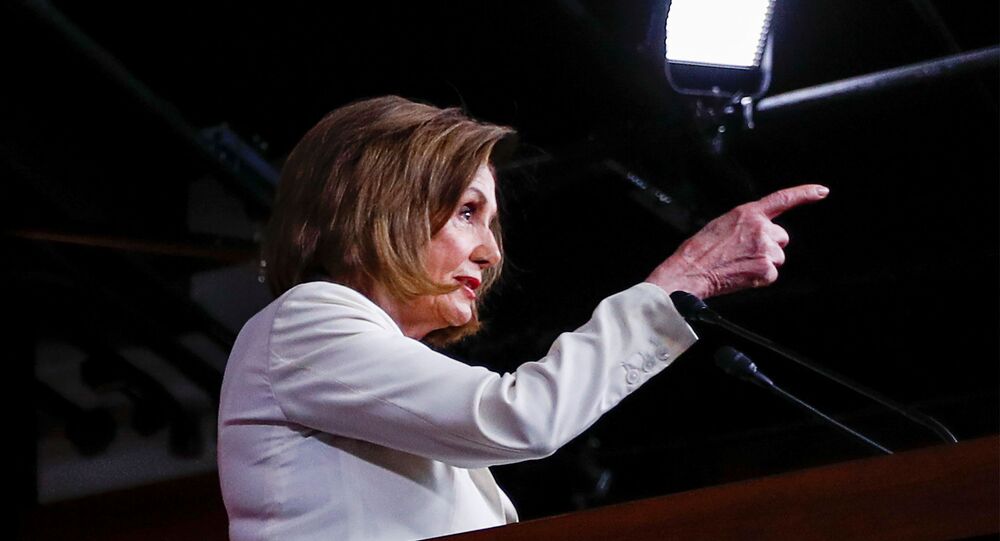 After a long delay, the House Democrats are finally sending the Articles of Impeachment against Donald Trump to the Senate next week, where the future of the president will be determined.

House Speaker Nancy Pelosi says that her withholding of the impeachment articles against President Donald Trump was in fact beneficial, according to her interview with ABC's "This Week".

When asked if she had any doubts about finally sending the articles to the upper chamber of Congress, Pelosi insisted her hesitation was a clever move in terms of winning time for more unredacted documents to surface and the chance for former national security John Bolton to testify if subpoenaed.

“No, no, no, we feel that it has produced a very positive result. We wanted the public to see the need for witnesses", the House Speaker told the programmes' host George Stephanopoulos.

Pelosi also said she did not exclude the possibility of additional articles against President Trump.

"Let's just see what the Senate does. The ball will be in their court soon", the House Speaker said.

The Democrat-controlled House voted on 18 December to impeach President Trump on articles of abuse of power and obstruction of justice.

Commenting on other possible witnesses in Trump's impeachment trial, Pelosi also did not rule out that some, apart from Bolton, may testify in the impeachment trial if the Senate seeks testimony.

"It's not excluded, but we'll see what they do", the House Speaker told Stephanopoulos.

Nancy Pelosi was particularly slow with handing over the Articles of Impeachment to the Senate, which triggered a little confusion from US politicians concerning the motives behind this hesitation. President Trump mocked the Democrats on Twitter, saying that the reason they were holding them up is that the articles were "a fraud".

House Democrats launched an impeachment inquiry against Trump over a whistle-blower complaint, alleging that the President "put pressure" on his Ukrainian counterpart Volodymyr Zelensky to investigate potential corruption involving former Vice President Joe Biden and his son in Ukraine.

Trump has repeatedly dismissed the impeachment proceedings as another "witch-hunt" and a "hoax" initiated by the Democrats to boost their own presidential bid in the 2020 election.