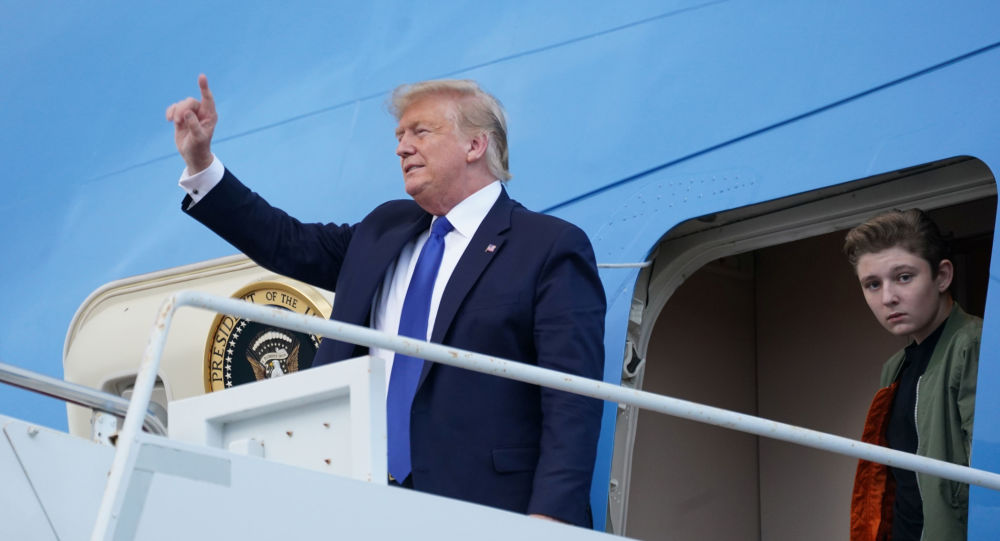 POTUS Trump warned Friday of an “attack” on the Second Amendment to the Constitution after Virginia Democrats moved to limit access to guns at the local Capitol, ahead of a 20 January gun rights rally.

“Your 2nd Amendment is under very serious attack in the Great Commonwealth of Virginia. That’s what happens when you vote for Democrats, they will take your guns away", the president tweeted sharing his positive expectations in the upcoming presidential vote:

“Republicans will win Virginia in 2020. Thank you Dems!” Trump tweeted.

The comment comes after Virginia lawmakers voted last week to ban firearms at the state Capitol and Gov. Ralph Northam declared a state of emergency as a pretext to temporarily ban citizens from carrying weapons, in the run-up to the rally.

Addressing the Richmond gun rights demonstration slated for next week, Northam noted that his office had received credible intelligence of “threats of violence” surrounding the rally that entailed “extremist rhetoric” akin to that of the deadly Charlottesville rally in 2017.

"We support citizens’ rights to peacefully protest and express their views to their elected officials", said Northam, going on to explain: "But we must also keep the public, as well as those who work around Capitol Square, safe".

The organisers of the rally, the Virginia Citizens Defence League, have said that the demonstration will draw thousands to the area, with the event’s specially created Facebook page saying that as many as 5,000 are willing to attend.

The rally's organisers were concerned enough to emphasise on a popular gun debate website that Monday’s rally is supposed to be a “peaceful event about gun rights and NOTHING ELSE".

A number of activists, including The Charlottesville Coalition for Gun Violence and Prevention say they have carefully weighed information coming from Richmond and have decided not to attend the event.

Virginia Democrats, who have dominated the local state government since last year’s midterm elections, for the first time since 1994, are focused on several gun control measures, which have of late drawn a heated debate in the state and beyond – for instance, universal background checks, a ban on assault weapons, and a “red flag” law that would facilitate removal of guns from those deemed to pose a danger to themselves and other people.

The gun rights limbo gained particular momentum back in 2017, following a violent white supremacist rally in Charlottesville, which indicated that the nation’s security apparatus shouldn’t be fixated solely on Islamist extremists.

The Unite the Right rally was deemed a neo-Nazi rally that took place in Charlottesville, Virginia, on 11-12 August 2017 and resulted in one death and 19 injuries as a counter-protester carried out a ramming attack into a crowd of those rallying to remove a Confederate monument from a Charlotteswille public space.