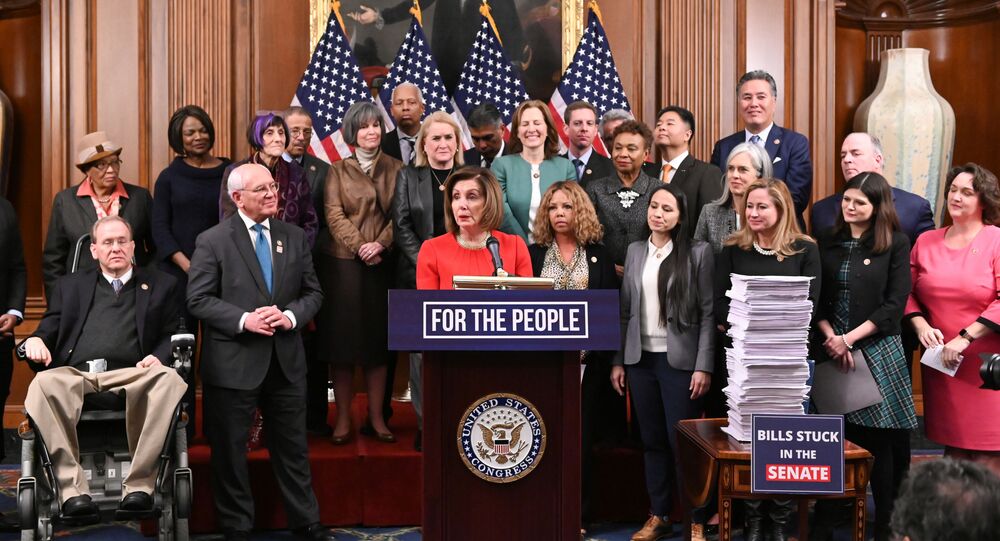 The House will vote on Wednesday to send the articles of impeachment against President Donald Trump to the Senate to begin the trial, a Democratic lawmaker and a Democratic aide told Reuters.

The agency quoted Democratic congressman Henry Cuellar as saying that House Speaker Nancy Pelosi would also name the lawmakers who would serve as House managers for a Senate trial.

Last week, Pelosi announced that she would send two articles of impeachment to the Senate. This marked an end to a long standoff with the Republicans and Senate majority leader Mitch McConnell over her withholding the documents. Pelosi said that she had been withholding the articles because of her doubts that the Senate would conduct a fair trial.

An impeachment inquiry against Trump was launched by House Democrats in September following a whistle-blower complaint claiming that the president pressed on his Ukrainian counterpart Volodymyr Zelensky to investigate business activities of the former Vice President Joe Biden and his son Hunter in Ukraine. Trump has repeatedly dismissed the allegations and called the inquiry a "witch-hunt".