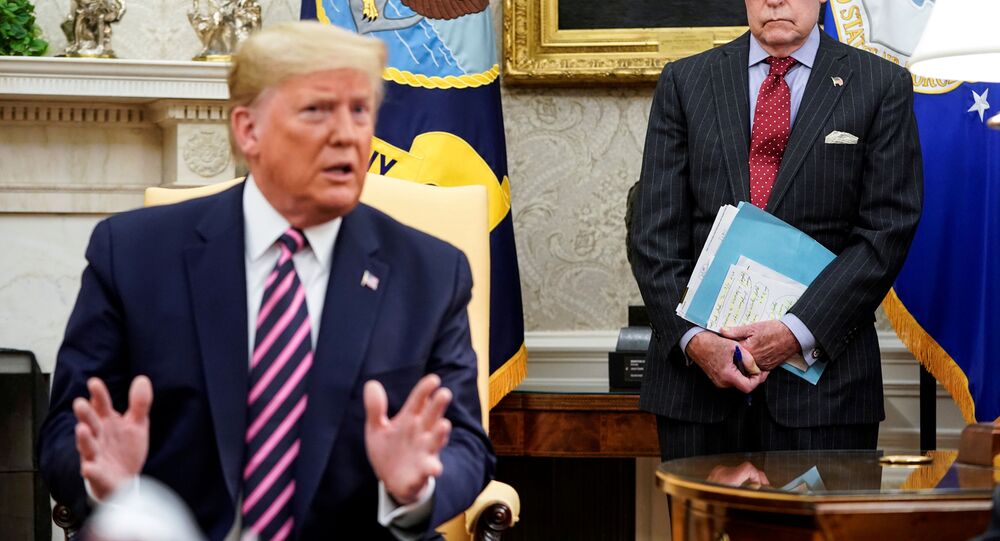 WASHINGTON (Sputnik) – President Donald Trump is ready to fight if the Senate seeks witness testimony during the upcoming impeachment trial, despite his earlier call on lawmakers to immediately dismiss the charges, White House spokesman Hogan Gidley said in an interview on Tuesday.

"We are prepared and whether this thing goes to a full trial, whether it’s modified or whether it is just dismissed out of hand for the illegitimate scam it has become, we will be ready," Gidley told Fox News. "The president is not afraid of a fight."

Senator Mitch McConnell claims to have sufficient votes to approve a trial plan that would allow both House prosecutors and Trump defenders to present their cases before the chamber votes on whether to call witnesses.

Trump has called for the Senate to dismiss the two charges in the House Articles of Impeachment – obstruction of Congress and abuse of power.

However, immediate dismissal without a trial appeared to lack votes needed to pass in the Senate, with a handful of Republican Senators rejecting Trump’s suggestion on Monday.

Senators Lamar Alexander, Mitt Romney and Susan Collins were among a number of lawmakers on Monday who rejected the idea of avoiding a trial by dismissing the charges, according to media reports.

House Democrats launched an impeachment inquiry against Trump over a whistle-blower complaint claiming that the president pressed on his Ukrainian counterpart Volodymyr Zelensky to investigate business activities of the former Vice President Joe Biden and his son Hunter in Ukraine. Trump has repeatedly dismissed the allegations and called the inquiry a "witch-hunt".