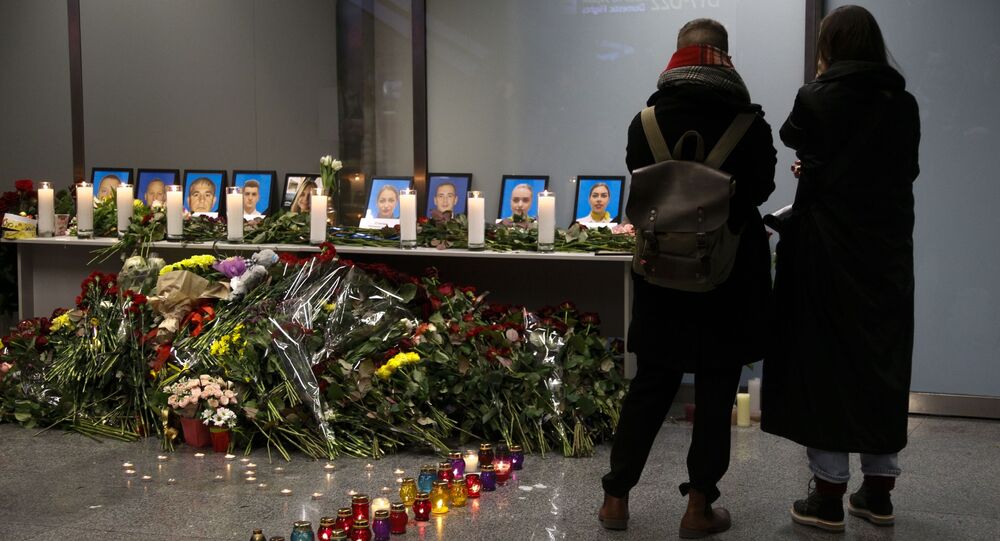 The Canadian PM is currently holding a press conference devoted to new findings connected with the Ukrainian plane crash in Iran that killed all 176 people on board, including 57 Canadian citizens.

Canadian Prime Minister Justin Trudeau said that he still has "many questions" in relation to Iran’s downing of the Ukrainian plane, while insisting that "full clarity" is needed. The prime minister added that Tehran needs to take "full responsibility" for the "horrific" incident.

Canada needs "clear answers" about the plane crash, the prime minister insisted during the press conference in Ottawa, as it is important to determine whether the downing of the plane was indeed a "mistake".

"What Iran has admitted to is very serious. Shooting down a civilian aircraft is horrific. Iran must take full responsibility", Trudeau said. "Canada will not rest until we get the accountability, justice, and closure that the families deserve".

Trudeau said that he has asked Iran's President Hassan Rouhani to work with Canada and the international community to "de-escalate" tensions in the region, following Tehran's earlier acknowledgment that the Ukrainian Boeing 737 was shot down unintentionally. Iranian authorities said that the tragic error occured while Tehran was awaiting a potential US response to its earlier strikes on American bases in Iraq.

The prime minister added that it was Iran-US tensions in the region that contributed to the tragedy, but praised Tehran for taking responsibility for the incident. Canadian investigators are now expected to arrive in Tehran to take part in the probe into the plane crash.

© AP Photo / Ebrahim Noroozi
First Photos of Plane Unintentionally Shot Down by Iran Emerge Online
Out of the 176 people who died in the deadly crash near Tehran on 8 January, 57 were Canadian citizens. The incident took place shortly after Tehran carried out air strikes against American military facilities at the Ayn al-Asad Air Base in western Iraq and in Erbil, which was preceded by the assassination of Iranian Quds Force commander Qasem Soleimani in a US drone strike on 3 January. Iranian authorities have expressed their condolences to the families of all the victims who perished in the deadly catastrophe and vowed to hold all those responsible to account.
...
Reddit
Google+
Blogger
Pinterest
StumbleUpon
Telegram
WhatsApp
1165
Tags:
plane crash, Ukraine, Iran, Justin Trudeau, Canada
Community standardsDiscussion