According to various media reports, the US Navy has also decided to ban the Chinese app over cybersecurity concerns. Previously, the US Army actively used the app to reach out to a new generation of potential recruits on the Internet, but recently abandoned these activities.

The US Army has banned its servicemen from installing or keeping the Chinese video editing app TikTok on government-provided phones, the army's spokeswoman Robin Ochoa announced. The ban comes after a security assessment of the app was conducted, which concluded that it was potentially unsafe.

"It is considered a cyber threat. We do not allow it on government phones", Ochoa said in an interview with the online media outlet Military.com.

Although the ban was imposed just recently, the army advised its servicemen against using it in mid-December, the spokeswoman added.

The prohibition against using, installing, or keeping the app comes on the heels of the Pentagon's release of the Cyber Awareness Message, new guidelines that describe TikTok as a "potential security risk" and concluding that it should be removed from government-issued phones used by military personnel. These guidelines do not apply to the personal devices of service members.

"[All Defence Department employees must] be wary of applications you download, monitor your phones for unusual and unsolicited texts etc., and delete them immediately and uninstall TikTok to circumvent any exposure of personal information", the new guidelines said.

The application was previously used by the US Army to reach out to and recruit from the younger generation, who often hang out on the Internet and specifically use the highly popular TikTok app. However, US lawmakers feared that the app posed a cybersecurity threat because it was made by the Beijing-based ByteDance. This comes in line with accusations levelled by Washington against Chinese companies of helping Beijing to spy on their users. ByteDance has denied spying on its users. 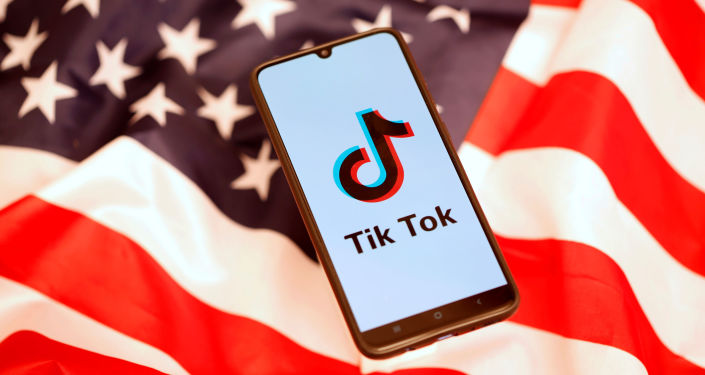 Despite the company’s statement, the US Navy reportedly banned the app from being used by personnel, according to unconfirmed media reports. The Marine Corps and Air Force haven’t commented on whether they allow the use of TikTok on government phones.