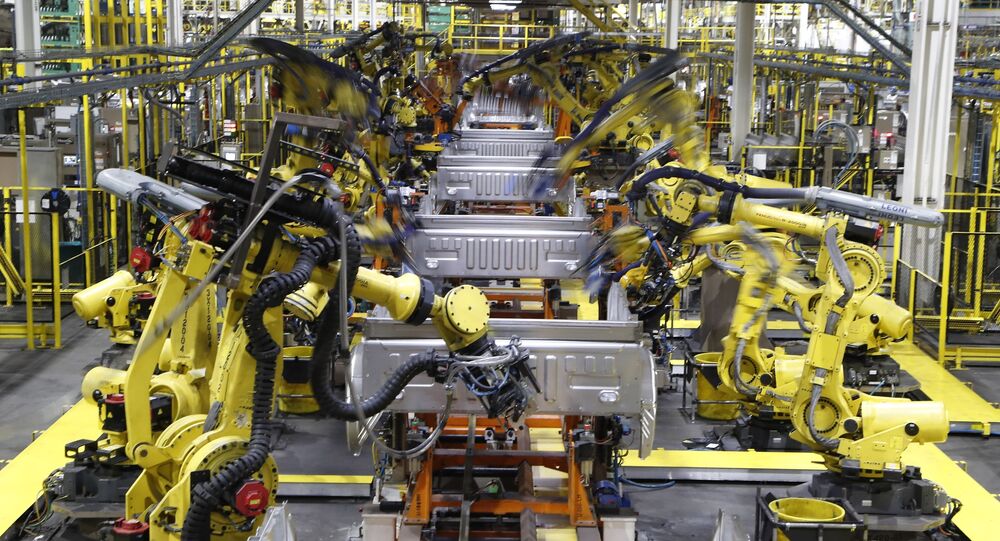 The study found that in the past decade, the number of manufacturing robots had more than doubled to almost 2 per 1,000 workers in the US.

The New York City-headquartered Century Foundation (TCF) think tank has released a map reflecting “the robot intensity in the 262 most affected metropolitan areas” in the US.

The map highlighted top 10 areas threatened by machine exposure, with Los Angeles, Long Beach and Santa Ana in California being listed as number one.

This was followed by Chicago, Naperville and Joliet in Illinois as well as Houston, Baytown and Sugar Land in Texas and Phoenix and Mesa-Scottsdale in Arizona.

Also being at risk of robot takeover are Detroit, Warren-and Dearborn in Michigan plus Milwaukee, Waukesha and West Allis, in Wisconsin, which were placed five and six, respectively.

Last but not least are Indianapolis in Indiana and Cleveland and Elyria in Ohio which wrap up the top-ten list.

'Increased Automation' in US

The map is part of Century Foundation’s study which pointed out that the survey is “not the first to examine the impact of robots on labour market outcomes”.

“Several studies predict that, over the next two decades, 45 percent to 57 percent of US and OECD [Organisation for Economic Cooperation and Development] workers will be at risk of losing their jobs to automation”, the survey underscored.

Co-author William Rodgers, a professor of public policy at Edward J. Bloustein School of Planning and Public Policy and chief economist at the Heldrich Center for Workforce Development at Rutgers University, was cited by the website World Economic Forum as saying that “increased automation” would mainly affect “younger, less-educated manufacturing workers in the [US] Midwest and younger, minority workers in these industries in particular”.

“These industries not only have the highest number of robots in use, but are also experiencing the fastest growth in robot adoption,” he concluded.

Back in October 2016, World Trade Organization (WTO) Director-General Roberto Azevedo warned that automation and other technological advancements far surpass international trade as the leading cause of job losses in the United States and beyond.

“Studies suggest that almost 50 percent of existing jobs in the US are at high risk of automation,” he pointed out.