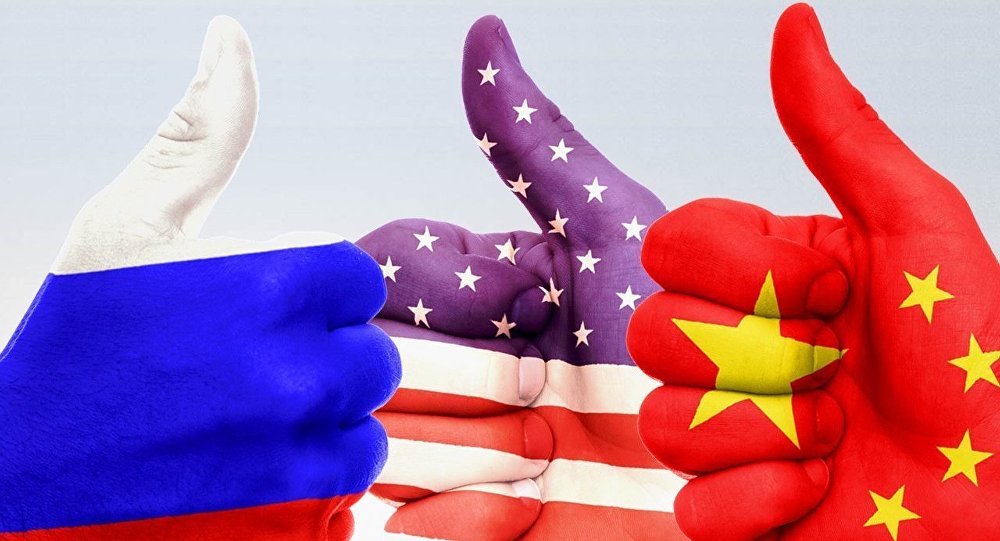 US Seeks Arms Control Treaty with Russia and China, Undecided on START - Diplomat

WASHINGTON (Sputnik) – The US remains undecided on whether to extend the New START treaty with Russia when it expires and would prefer a broader framework that includes China and “nips in the bud” an emerging trilateral arms race, US Assistant Secretary of State for International Security and Nonproliferation Christopher Ford said on Monday.

“We haven't made a decision one way or the other,” Ford said. “We are approaching that question in part through a prism of how and whether and to what degree the question of the New START extension can contribute to what we think is by far a more important objective, and this is to find a framework for arms control that is capable and will help nip in the bud the emerging three-way arms race in the nuclear arena.”

The diplomat reiterated US concerns over both countries’ military buildup plans, including China's intentions to double its nuclear arsenal in the next decade and Russia’s “new bestiary of strategic delivery systems.“

"Most of that will presumably not be covered by a New START under any scenario… This is leaving aside the issue of Russian non-strategic nuclear weapons,” Ford said. “These are all challenges that are coming together at the same time and it is really imperative that we find some way of addressing the Russian and Chinese challenges in an arms controls framework. And there is no way to do it at present. Our objective is to find that way."

Ford said there was still “plenty of time” to engage with Russia and China and to move forward the objective of a trilateral framework.

The New START treaty was signed by the world’s two biggest nuclear powers, Russia and the US, in 2010 and remains the last major nuclear arms control treaty between the countries. The treaty expires in February 2021, and Washington has not yet announced any plans regarding its extension.