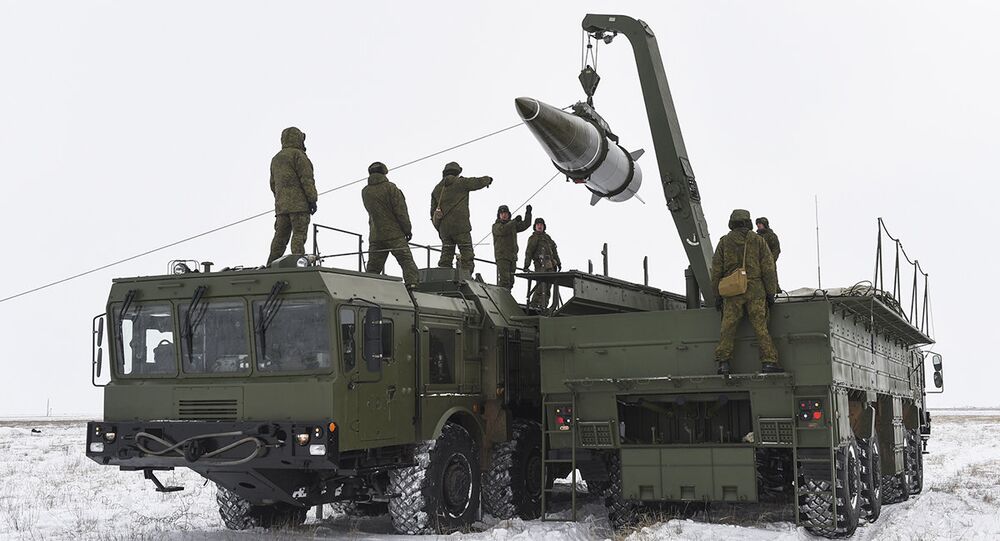 "We are convinced that the real reason that prompted Washington to unilaterally withdraw from the Intermediate-Range Nuclear Forces Treaty is the containment of China and Russia. The agreement has ceased to be in the interests of the United States amid the growing military and economic power of China, the restoring of Russia's defence potential and the expansion of military-technical cooperation between the two states," Shoigu said at a plenary meeting of the 9th Beijing Xiangshan Forum.

At the same time, Shoigu stressed that while accusing Russia of violating the provisions of the INF Treaty, Washington was preparing for its destruction a year ahead.

"They created unmanned aerial vehicles, used medium-range ballistic missiles as target missiles, deployed Mk-41 vertical launching system in Europe, initially designed to launch Tomahawk cruise missiles. This confirms the fact that 16 days after the denunciation of the Treaty ground-based cruise missile tests were conducted, which, according to the US itself, hit the target at a distance of over 500 kilometres [310 miles]," the minister said.

Shoigu also believes that a multilevel security system is being destroyed in the field of arms control, which for many years has ensured stability and a balance of forces.

The 9th Xiangshan Forum on security is being held in Beijing from October 20-22. The forum is organized by the China Association of Military Science and the China Institute of International Strategic Studies, with participating defence ministers, experts, and former military officials. The first Xiangshan forum was held in 2006, and since 2015 it began to be held on an annual basis.