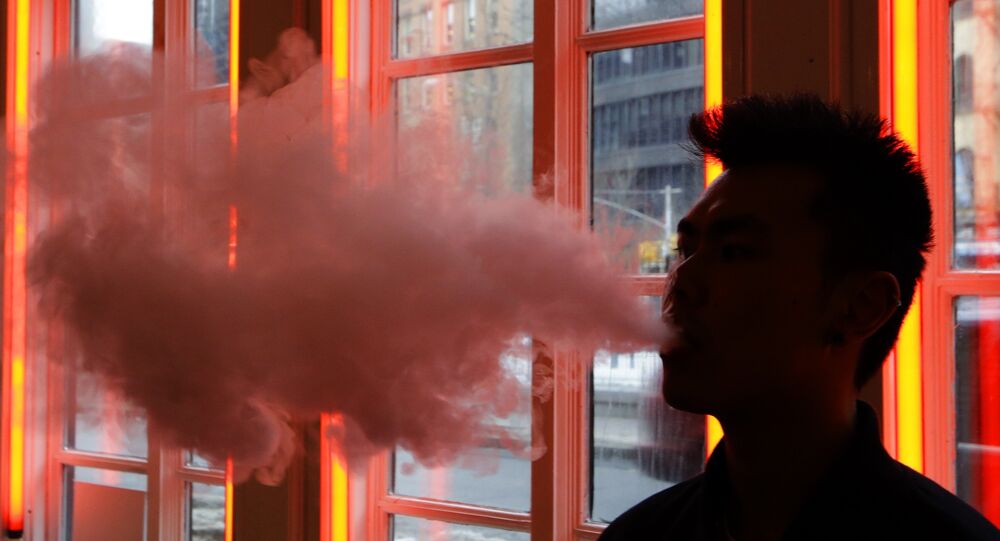 The use of flavoured vaping products has recently raised concerns among the US administration, though doctors say there is no credible data that vaping is the exact cause of death of patients who smoke e-cigarettes.

In the face of intense resistance from Big Tobacco and their allies, @NYCCouncil just voted, 42-2, to ban the sale of flavored e-cigarettes.
No longer will kids in this city be lured into nicotine addiction by the easy availability of flavored vapes.
So proud of my colleagues.

According to the text of the legislation, the bill would ban the sale of flavored electronic cigarettes and flavored e-liquids in New York City, including mint, menthol, and wintergreen. The bill also calls for conducting outreach regarding the availability of smoking cessation services.

NYC Democratic Mayor Bill de Blasio has welcomed the ban and promised to either sign it into law or let it come into force automatically.

American Vaping Association President Gregory Conley, however, has criticised the decision of the city lawmakers, saying it would "shut down small businesses and create a new black market".

Last week, President Donald Trump proposed raising the minimum age for the purchase of e-cigarette products to 21 due to the rise in vaping-related deaths and illnesses. Trump defended his decision to propose an age limit on vaping products rather than an outright ban by saying e-cigarettes would become illegally available if he outlawed them.

Earlier that month, a 17-year-old boy from Chicago got a double lung transplant, reportedly suffering injuries from e-cigarettes.

Yet, the exact causes of the respiratory illnesses are under investigation, as over 8,000 patients have fallen ill after using psychoactive THC-containing liquids, according to a recent study by the agency.