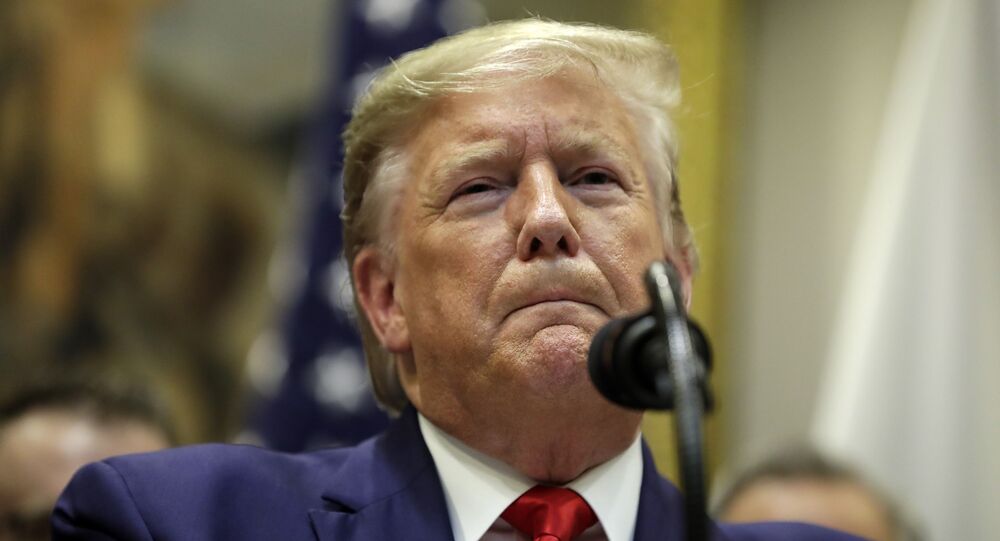 WASHINGTON (Sputnik) - US lawmakers are demanding that the Trump administration explain its reported plans to pull the United States out of the Open Skies Treaty, Congressmen Eliot Engel and Adam Smith said on Friday in a letter to White House National Security Adviser Robert O'Brien.

Earlier, US media reported that President Donald Trump had signed a document to quit the Open Skies Treaty - a move Russian Foreign Minister Sergey Lavrov said would be regrettable. The treaty, signed by more than 30 nations, allows for mutual surveillance flights to boost military transparency.

In their letter, the US lawmakers expressed concerns over the treaty's fate and urged the Trump administration to avoid hiding information about its plans from Congress. The agreement plays an important role in maintaining Euro-Atlantic security, they said.

Engel and Smith also called on the White House to keep its commitments to its allies in NATO.

"We ask that the administration provide the Committees with detailed, written responses (with a classified annex, if necessary), followed by a briefing, no later than December 13, 2019," they said.

The lawmakers also requested an analysis of flights conducted by the US and its allies in 2018 and 2019 under the treaty, as well as a description of the diplomatic, military and intelligence utility of the data collected.

The Open Skies Treaty was signed in Helsinki on 24 March, 1992. Currently, it comprises 34 member states. Russia ratified the treaty in May 2001. The parties to the treaty may conduct unmanned surveillance flights over each other's territories in order to gather information about military activities of concern.